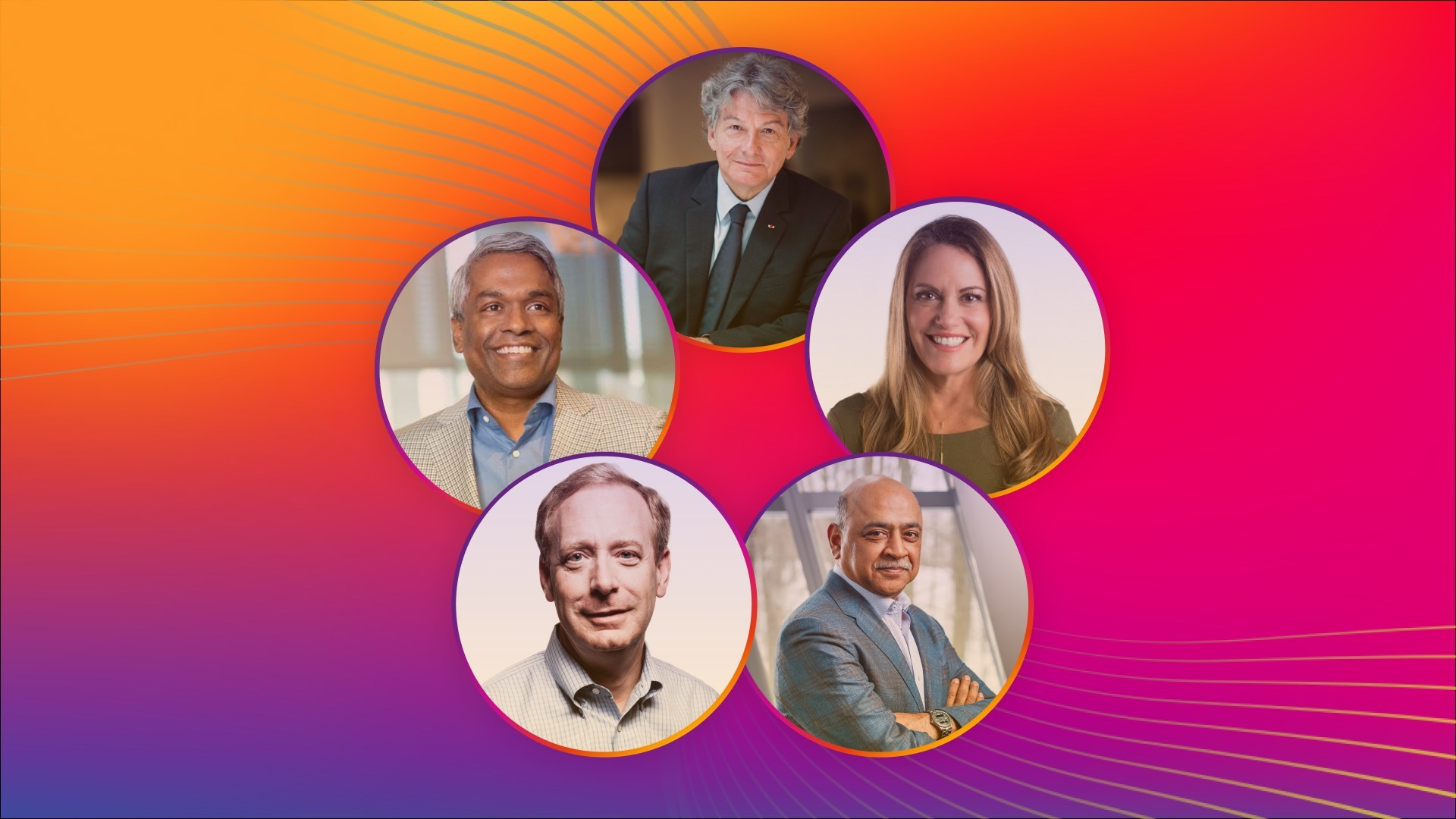 Tech event to start on June 16th , in Paris, with a vast line-up of speakers

VivaTech, one of Europe’s biggest startup and tech events, has confirmed that its fifth edition will be taking place from June 16-19, in Paris. The event will have to comply with a series of strict health and safety measures which have become the norm for events after the global pandemic resulted in several shows and exhibitions being cancelled in 2020.

Thomas Kurian, who works on Google Cloud and Jonathan Cherki, founder of digital analytics platform ContentSquare, will also join the line-up of speakers.

For this year, a hybrid format will be split over four consecutive days of debates and conferences, including three days for professionals and one day for the general public.

To find out more, visit: www.vivatechnology.com

Why Instagram engagement is dropping and how to fix it

WebSummit lands in Portugal for a week of tech conferences 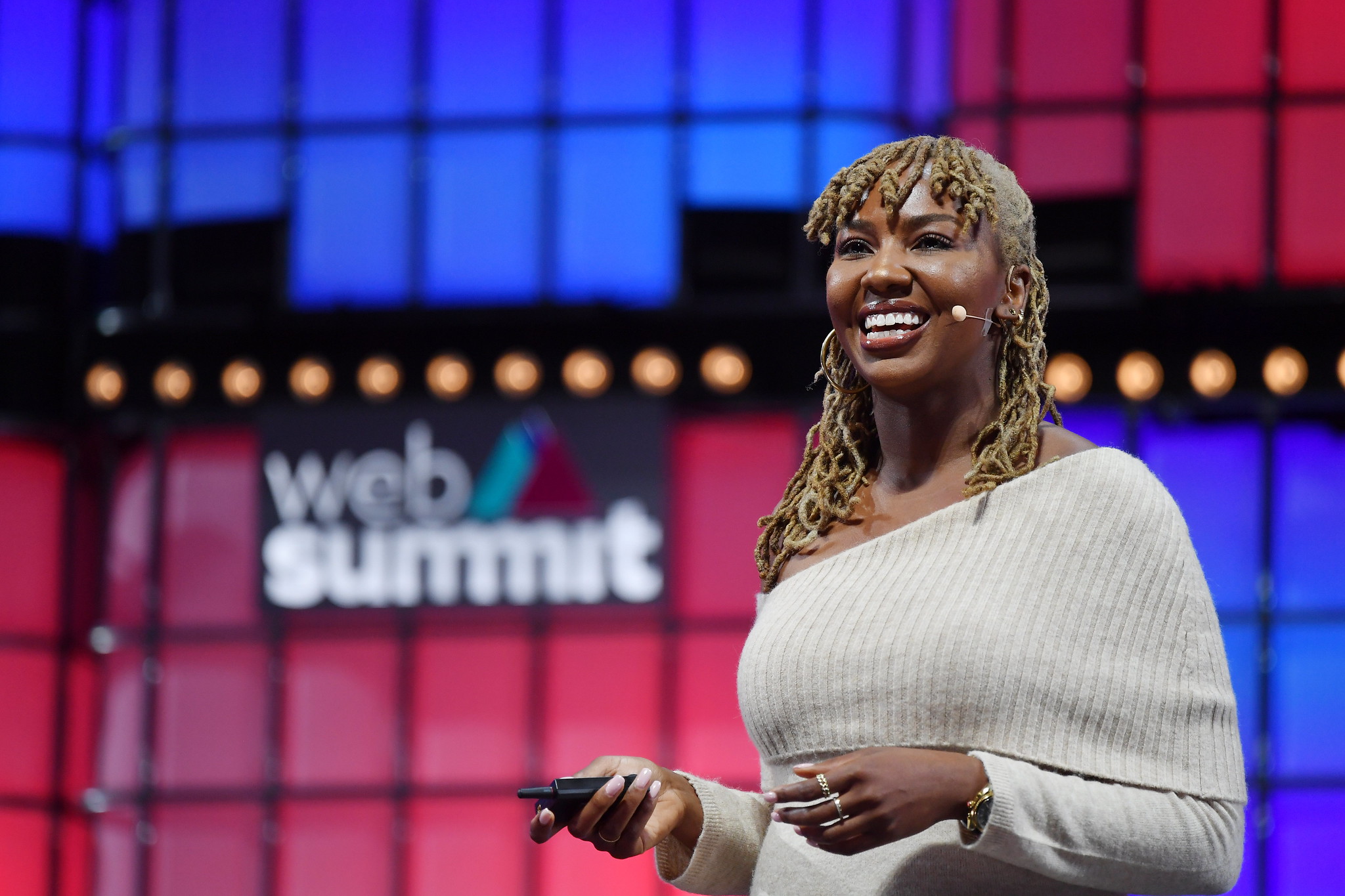 Black Lives Matter co-founder Ayọ Tometi shared her vision on the stage of the WebSummit, in Lisbon | Photo: Eóin Noonan

Of the 1000  speakers expected to share the stage over the four day event, notable names include Microsoft president Brad Smith, EU commissioner Margrethe Vestager, Prime Minister of Portugal António Costa, content creator Nuseir Yassin (Nas Daily), and American actress Amy Poehler. This is the first time the event will be held in person since 2019.

Organizers of the annual international conference, which brings together policymakers and leading field experts to discuss the future of tech, has been working closely with the Portuguese authorities to ensure the in-person event follows all health protocols. This includes showing a vaccination certificate, or a negative COVID-19 test. People from over 160 countries are expected at Lisbon’s Altice Arena, where the event has been held in previous years.

Besides a host of familiar names from across the global technology industry, with confirmed panellists including Horacio Gutierrez (head of global affairs at Spotify), Craig Federighi (senior vice president of software engineering at Apple), Nick Clegg (VP of global affairs and communications at Facebook), Nancy Dubuc (CEO at Vice Media), Selman Careaga (global president at Coca-Cola), Ole Obermann (global head of music at TikTok), Caspar Lee (YouTube star and entrepreneur), Cecilie Thorsmarck (CEO at the Copenhagen Fashion Week), and Stephen Kaufer (CEO at TripAdvisor), amongst others, the summit will also cater for much smaller enterprises.

One of those initiatives will be the celebration of start-ups that are trying to make a difference for their communities. The event will have several fashion start-ups joining its schedule, including Renoon, an app focused on sustainability within fashion, allowing users to search for pre-owned, re-worked, and rental buying options, and Swaplanet, a start-up aiming to change consuming habits and reduce families’ environmental impact by facilitating the swapping of children’s clothes.

OURS, a fashion start-up building a community of users who put their wardrobes online, and lend or rent clothes among themselves, to fight over-consumption, and Changing Room, a platform rating fashion items using a variety of metrics to measure business impact and offering suggestions for alternative conscious purchases have also confirmed their participation.

Established in 2009, by Paddy Cosgrave, David Kelly, and Daire Hickey, and originally called the ‘Dublin Web Summit’, the event was held annually in Ireland. The decision was then made in 2016 to move the event to Lisbon, where it will remain for 10 years as part of a multi-million agreement.

The WebSummit is taking place at the Altice Arena, Lisbon, from November 1st. For tickets and the event’s full schedule, visit: websummit.com 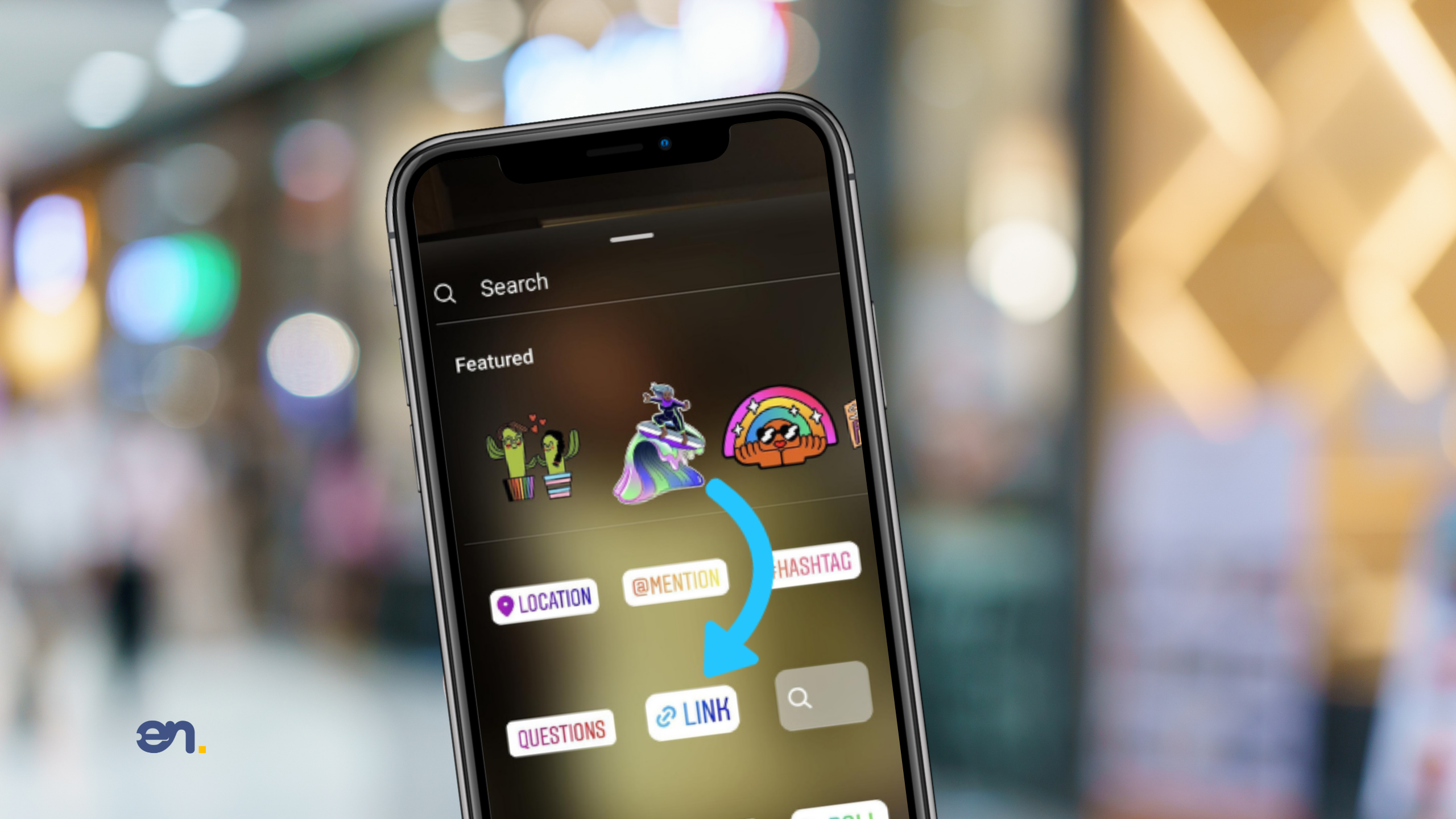 Instagram has announced this week that they are expanding the ability to add links in Stories to all accounts. Until now, the featured was available only to verified accounts or users with 10,000 followers or more.

“When we first introduced Stories links, the feature was limited to verified accounts or those with a certain number of followers. We’ve heard from the rest of our community that they also want to share things that matter with their friends and family. Whatever you’re into, from cooking to volunteering or shopping, you now have a space to share in Stories — regardless of your account size.” – says an official statement published on Instagram’s website on October 27th. Recently the Facebook-owned social media platform also introduced new ways for creators and businesses to reach more fans, engage their community and grow their reach.

Stories, an Instagram featured launched in August 2016 allowing users to post content that expire after 24 hours, has always been popular for offering interactive elements that aren’t available for standard posts, including stickers for charity donations, countdowns, quizzes, polls and call to action to encourage those who watch your Stories to participate in Q&As. The feature also became one of the most used within the app for allowing users to add music, their location, time and weather while posting on Stories – regardless of the amount of followers acquired within the platform. The only feature that was still locked for users with thousands of flowers, was the possibility of sharing links in Stories, which has now changed and is available for everyone worldwide.

How to Add Links to Your Stories

Use the Link sticker to add a link to your Instagram story. When people tap on the sticker, they will be redirected.

To add a Link sticker:

In a press release and updated terms and conditions on its official website, Instagram said users will be able to tap on the sticker to see colour variations. The company is working on ways to customize the sticker even further, in order to make it more clear where the link will take users when they tap it.

London remains one of the world’s top start-up hubs 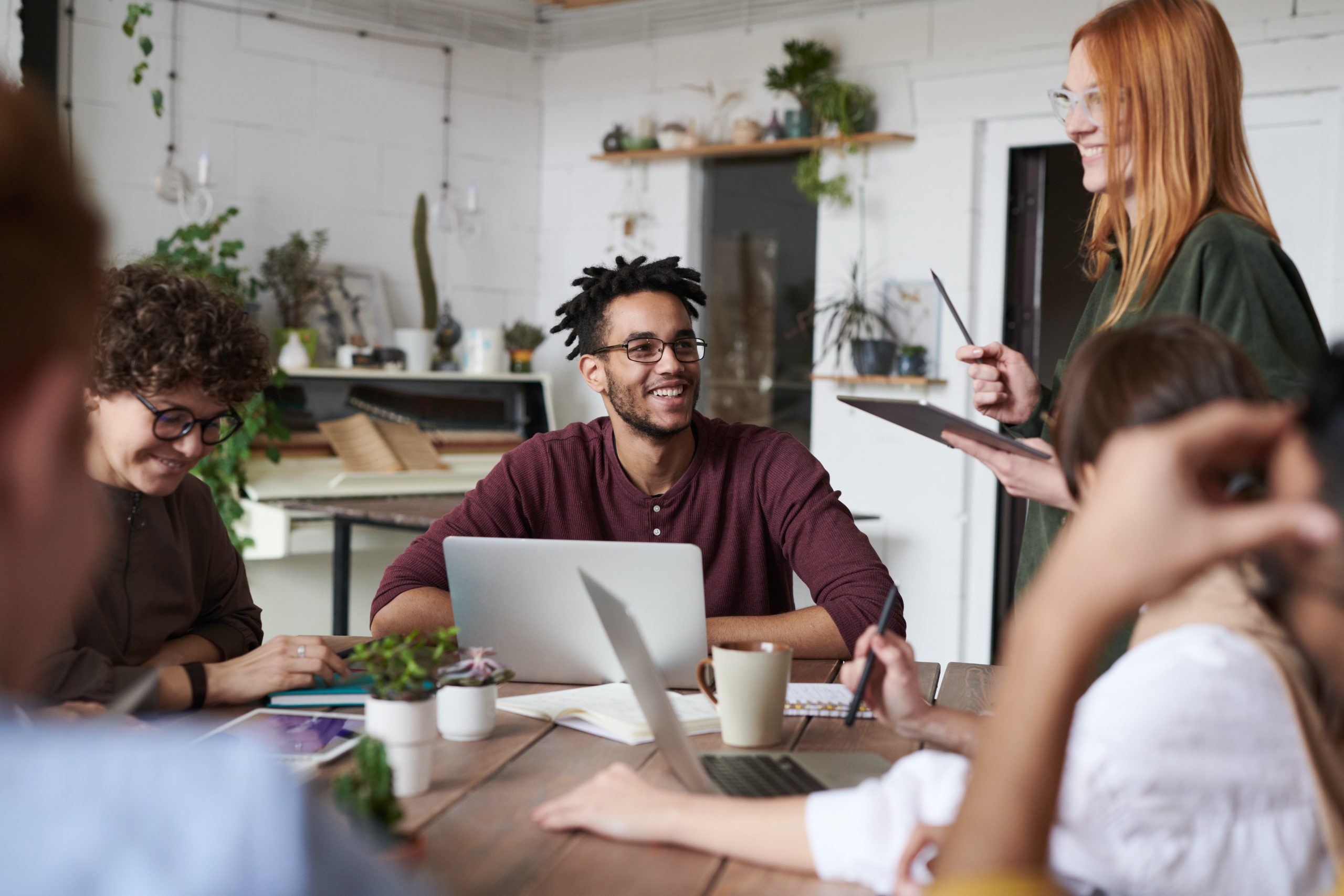 The global start-up economy is worth over $3.8 trillion in Ecosystem Value, more than the individual GDP of most G7 economies

London is the leading destination to grow a technology business outside of Silicon Valley, according to a comprehensive ranking of international start-up hubs compiled by Genome for its annual Global Startup Ecosystem Report 2021.

Despite Brexit and the coronavirus pandemic, London maintained its second-place ranking, tied with New York for the second year in a row. Released to coincide with London Tech Week, which took place in the British capital from 20 – 24th September, the findings revealed that the UK capital’s start-up ecosystem is by far the largest in Europe, with a total value of $142.7bn.

The report ranks the leading 140 start-up ecosystems based on seven success factors including Performance, Talent and Connectedness.

London has risen through the league table in the last few years, climbing from number eight in 2012 when the first rankings were released to number two in 2020. Silicon Valley held onto the top spot this year while Beijing and Boston came in fourth and fifth respectively. A number of other UK hubs also featured in the reports ‘Top 100 Emerging Ecosystems’ including: Bristol, Manchester, Liverpool, Birmingham, Edinburgh, Glasgow, Belfast and Durham.

The findings also revealed that London is one of the best cities in the world for access to funding, as well as being a global leader in quality and activity in the investment ecosystem (referring to the number of local investors, investor experience and their level of activity).

“London is a fantastic place to grow and scale a global tech business. We celebrate the diverse, international nature of our tech ecosystem and it is great to see our thriving start-up community being recognised in this report. In the face of Brexit and the global pandemic, London has demonstrated its resilience and proven itself once again to be one of the best places globally for tech innovations and start-ups.”, celebrates Sadiq Khan, Mayor of London.

London is also recognised for its world class talent pool, with the city ranking highly across the board for quality and access to Tech and Life Sciences talent, with four of the world’s top ten universities located in or close to the capital.