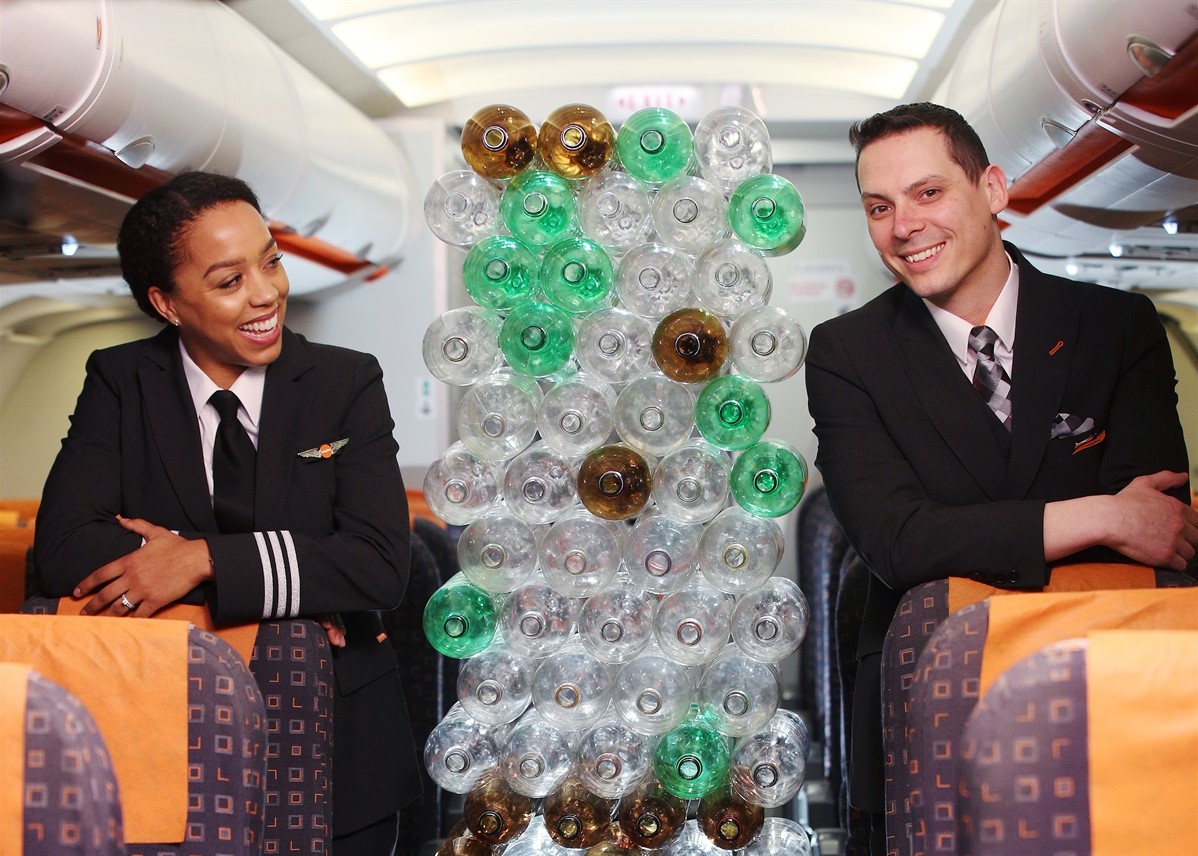 45 plastic bottles go into each of the new sustainable cabin crew and pilot uniforms adopted by EasyJet.

Budget airline EasyJet is introducing a new uniform for cabin crew and pilots, each made from approximately 45 recycled plastic bottles.

Manufactured by Northern-Ireland based company, Tailored Image, and created with unique high-tech material, the new uniform will be introduced into cabin crew circulation later this month. The roll-out across the airline is estimated to prevent around half a million plastic bottles from ending up as plastic waste each year.

The sustainable initiative makes a difference even before the first uniform is worn as, besides the fabric helping to reduce plastic waste, the high-tech material is made using renewable energy sources and has a 75% lower carbon footprint than traditional polyester.

The new fabric, adapted to the airline’s current style, was first trialled last year for suitability in the cabin and flight deck environments. Compared to their non-recycled alternative, it was found to be more abrasion-resistant. It also provides more elasticity, improving fit and freedom of movement.

EasyJet has already taken steps to reduce plastic onboard as it continues to reduce the number of single-use plastic items used on its flights. The airline has replaced many items with more sustainable alternatives, such as introducing a small plant-based bowl as a teabag holder, removing over 27 million individual items of plastic from their inflight retail operation in the 2020 Financial Year, and the company has never offered plastic straws. They also offer a 50p discount on hot drinks for customers who bring their reusable cup.

“We are excited to be debuting this new pilot and cabin crew uniform made from recycled plastic bottles and to introduce it for our pilots and cabin crew colleagues. We know that sustainability is an important issue for them and also for our customers.

It is a priority for us to continue work on reducing our carbon footprint in the short term, coupled with long-term work to support the development of new technology, including zero-emission planes which aspire to reduce the carbon footprint of aviation radically.” – says Tina Milton, Director of Cabin Services at easyJet.

Since 2000, easyJet, who has over 300 aircrafts on nearly 1000 routes to more than 150 airports across 35 countries, has reduced the carbon emissions for each kilometre flown by a passenger by over a third. Initiatives have included introducing lightweight carpets, trolleys and seats, single-engine taxiing, and removing paper manuals from their aircraft.

In 2019, easyJet became the world’s first major airline to operate carbon neutral flights across its whole network by offsetting the carbon emissions from the fuel used for all of its flights through schemes accredited by two of the highest verification standards, Gold Standard and the Verified Carbon Standard.

Hugo Boss to launch its own premium resale platform 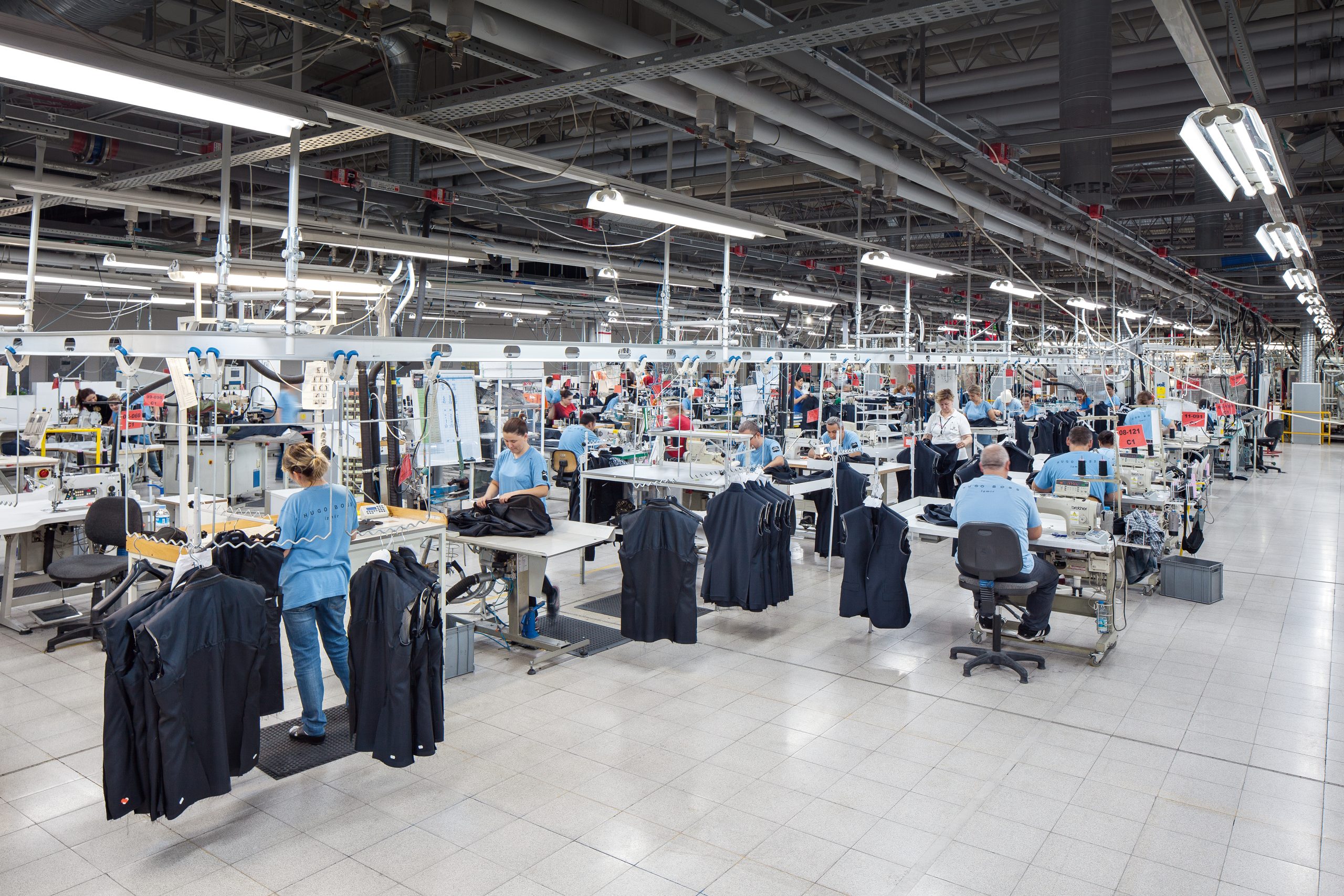 German luxury fashion house Hugo Boss is set to invite customers to buy pre-owned items as they would new, with the launch of a premium resale platform in the third quarter of 2022. The initiative will offer a curated assortment of clothing that has been traded in by existing customers.

An online process will allow customers to return used items to Hugo Boss in exchange for credit that can be spent online, on new or pre-owned items, or in store. Once fully quality checked, the pre-owned products will become part of a curated second-hand assortment for sale on Hugo Boss Pre-Loved. The service will initially feature clothing, with accessories planned to be added in the future.

The resale service will be operated by Faume, a premium provider offering a convenient and seamless online trade-in experience, and will be accessible through the hugoboss.com online store.
Globally, resale is a fast-growing market that reduces the environmental impact of the fashion industry, and already represents a market volume of USD 30-40 billion worldwide. Buying second-hand saves an average of 44% of CO2 emissions when compared to buying new, while the circular nature of the resale business helps to reduce clothing waste.

The brand is also set to launch another initiative, later this year, to extend the lifecycle of its products, with Hugo Boss introducing a care and repair service in selected German stores. The service will cover the repair of suits, jeans, shoes, jersey products, and leather goods. The new initiatives move the company, founded in 1924, closer towards its sustainability ambitions, which include the goal that eight out of ten products are circular by 2030. 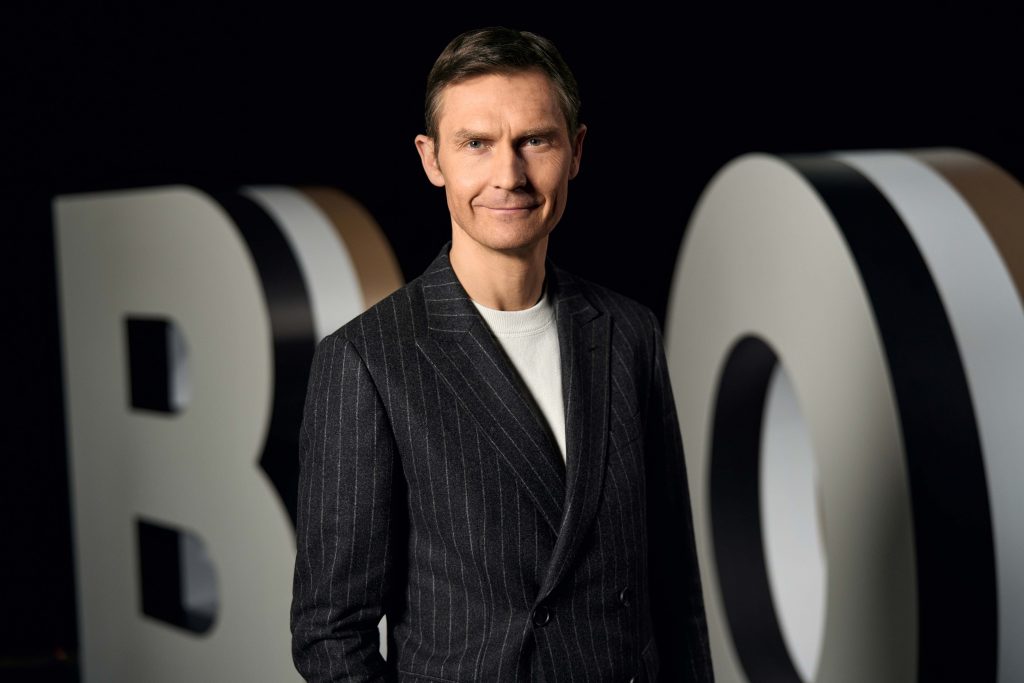 “Our entry into the growing resale market is a natural step for us as a company,” – Heiko Schäfer, Chief Operating Officer at Hugo Boss

“Hugo Boss Pre-Loved will support our move towards a circular business model, while our repair service will allow customers to wear their favourite pieces for even longer and reduce consumption of scarce resources.” – says Heiko Schäfer, Chief Operating Officer at Hugo Boss.

Hugo Boss Pre-Loved will be launched in France, with the platform planned to expand to Germany, the UK, and the U.S. in 2025.

Three renewable heat sources to consider for use in your home 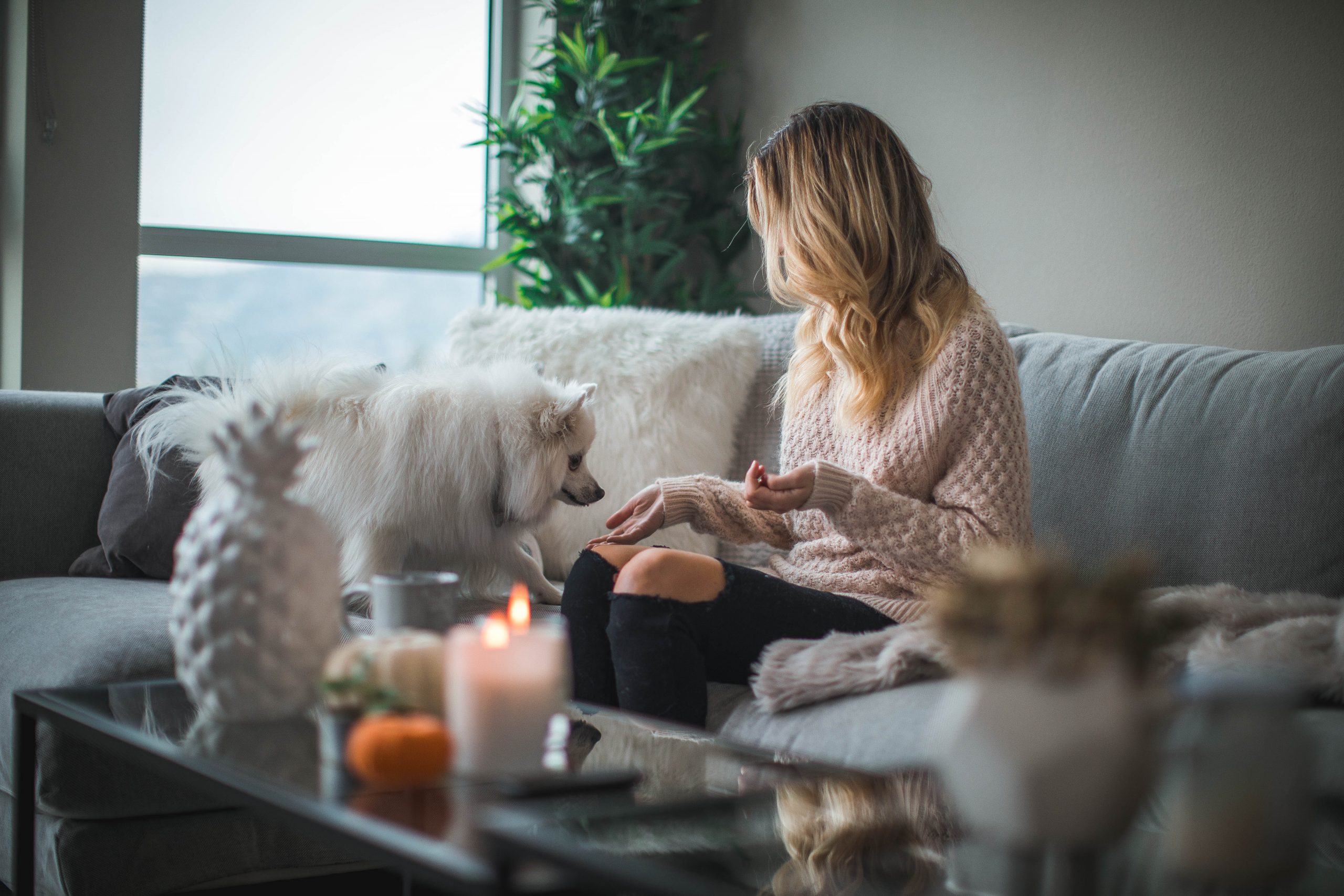 Renewable sources of energy are the only way forward if we want to try and minimise the damage that we’re doing to the environment. Whilst there are plenty of things causing global warming, our choices for home heating is one of the contributing factors that we perhaps can personally take control over.

Whilst of course the ability to do this will be affected by budget, some are cheaper than others, and the UK government does offer grants and loans. This is because we need to make the switch to renewable energy if we’re going to stand a chance at hitting net-zero, considering heating accounts for the largest amount of CO2 emissions  for an average UK household.

But which renewable heat source is right for you? We take a look at three of the top options.

If you think of a heat pump, you might be imagining an unsightly, large box that will ruin the overall aesthetics of your garden. However, there are many companies now working on making smaller, sleeker pumps that just sit down the side of your home.

There are a few different types of heat pumps, but they basically work by using pressure and temperature. Heat flows naturally from a warm place to a cool place, but we need the opposite to be true for a heat pump so that the home is heated rather than cooled. Heat pumps use compression and expansion to control this temperature flow.

Heat pumps produce more heat than the amount of electricity they use, so they’re highly efficient. When you choose a heat pump, you should also get a performance certificate that is tailored to your home. This will show you how efficient you can expect it to be based on average outside temperatures and your radiators or underfloor heating.

Solar power is on the rise, with the UK generating 14 gigawatts per year. One gigawatt can power 750,000 homes, so that’s quite a significant amount. Solar water heating works by harnessing the solar power collected from home solar tubes or flat plate collectors, and then using this energy to heat a tank of water.

This will usually be combined with a boiler or immersion heater, as the amount of sun varies throughout the year, so it’s unlikely that you’ll get enough sun to warm the water year-round. This hot water is used for washing and the water that comes out of your taps, rather than central heating.

Perhaps the most similar to a traditional gas boiler, a biomass heating system has a crucial difference – it uses sustainably-sourced wood pellets or logs to fuel it. Whilst it might not feel sustainable to be burning trees, as doing so actually releases carbon dioxide, it’s still considered to be a sustainable source. This is because trees are planted in place of the ones that have been used for fuel for biomass.

Your choice of fuel will depend on what you want to heat, and how much attention you want to pay to your stove. Log-burning stoves look great, and can make use of any logs you have from trees locally. However, they require topping up by hand, and you need to store the logs. On the other hand, wood pellets can be topped up with an automatic dispensing system. If cost is a crucial factor, logs tend to be cheaper than pellets. 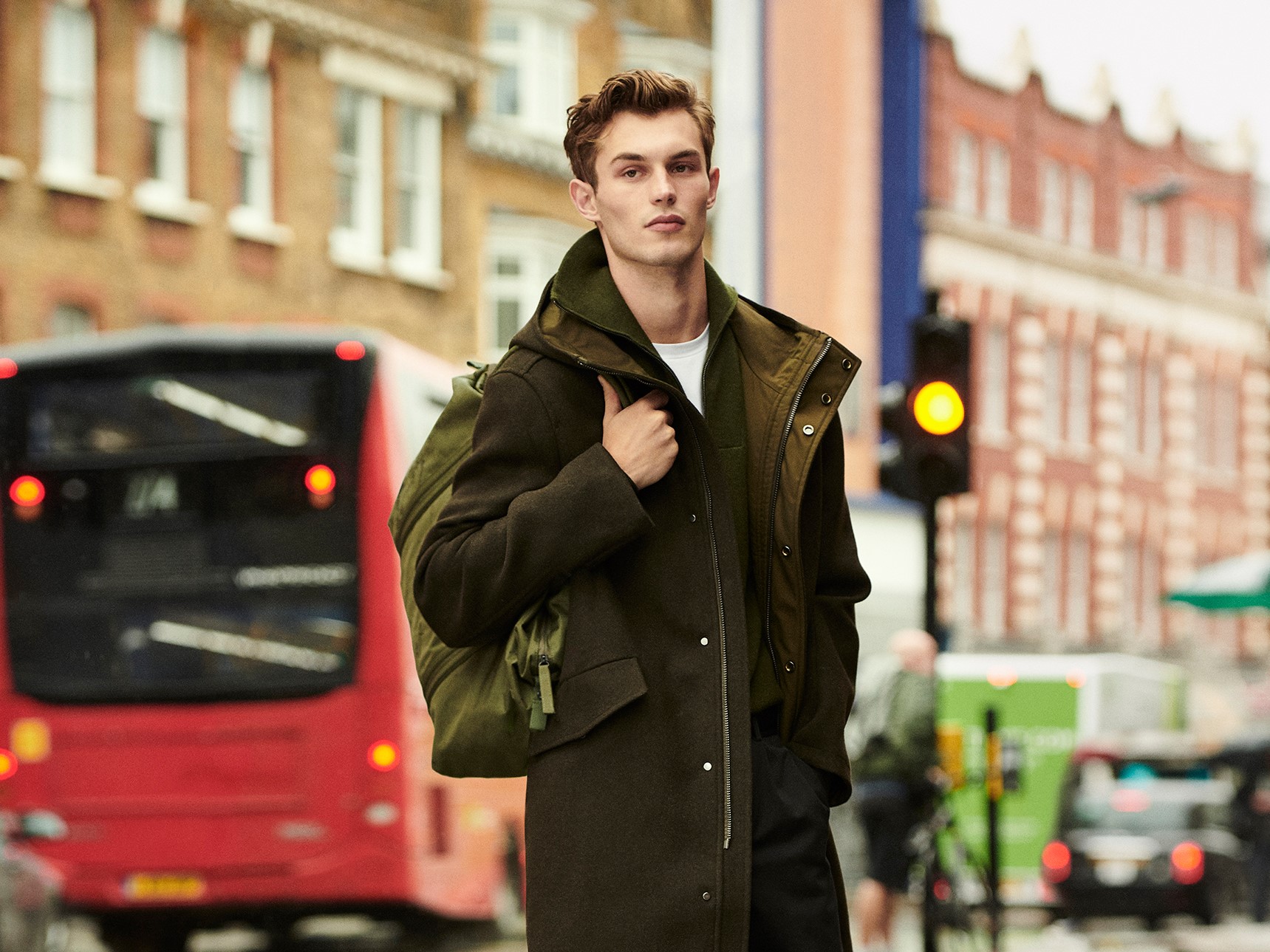 Spanish fashion retailer Mango is bringing forward its sustainability targets after achieving that 80% of all the garments it sells now bear the Committed label. In just one year, the fashion brand almost doubled the percentage of sustainable garments in its total production.

The company, founded in 1972 and one of the leading groups in the European fashion industry, has reviewed the targets set in early 2020 as part of its sustainability strategic plan and has decided to bring them forward. The brand forecasts that 100% of the polyester used will be recycled by 2025, doubling the initial target set for said year. Mango also plans that by 2025, 100% of cellulose fibres used will be of controlled origin and traceable, bringing forward its original commitment by five years. In addition, the company is maintaining its goal that 100% of the cotton used will be of sustainable origin by 2025.

“Aware of the environmental impact of our product, and in line with our goals and international commitments, we work garment-by-garment, promoting the use of fibres with a lower environmental impact in our collection. Bringing forward the sustainable fibre targets allows us to move towards a more sustainable fashion future” – explains Toni Ruiz, Mango’s Chief Executive Officer.

In 2021 Mango achieved a 91% use of sustainable cotton and a 59% use of cellulose fibres of controlled origin. 54% of the polyester used was recycled, achieving the initial target four years ahead of time.

Mango makes its commitment to sustainable fashion visible through the Committed label, which includes all Mango garments with a lower environmental impact. In recent years, the company has increased the number of sustainable garments, which in 2021 accounted for 80% of the total collection, well above the 45% figure for 2020. And committed garments are all those which contain at least 30% of more sustainable fibres (such as organic and recycled cotton, recycled wool, and recycled polyester, among others) and/or have been manufactured using more sustainable production processes.

The company’s goal is that all of its garments will be Committed by 2022.