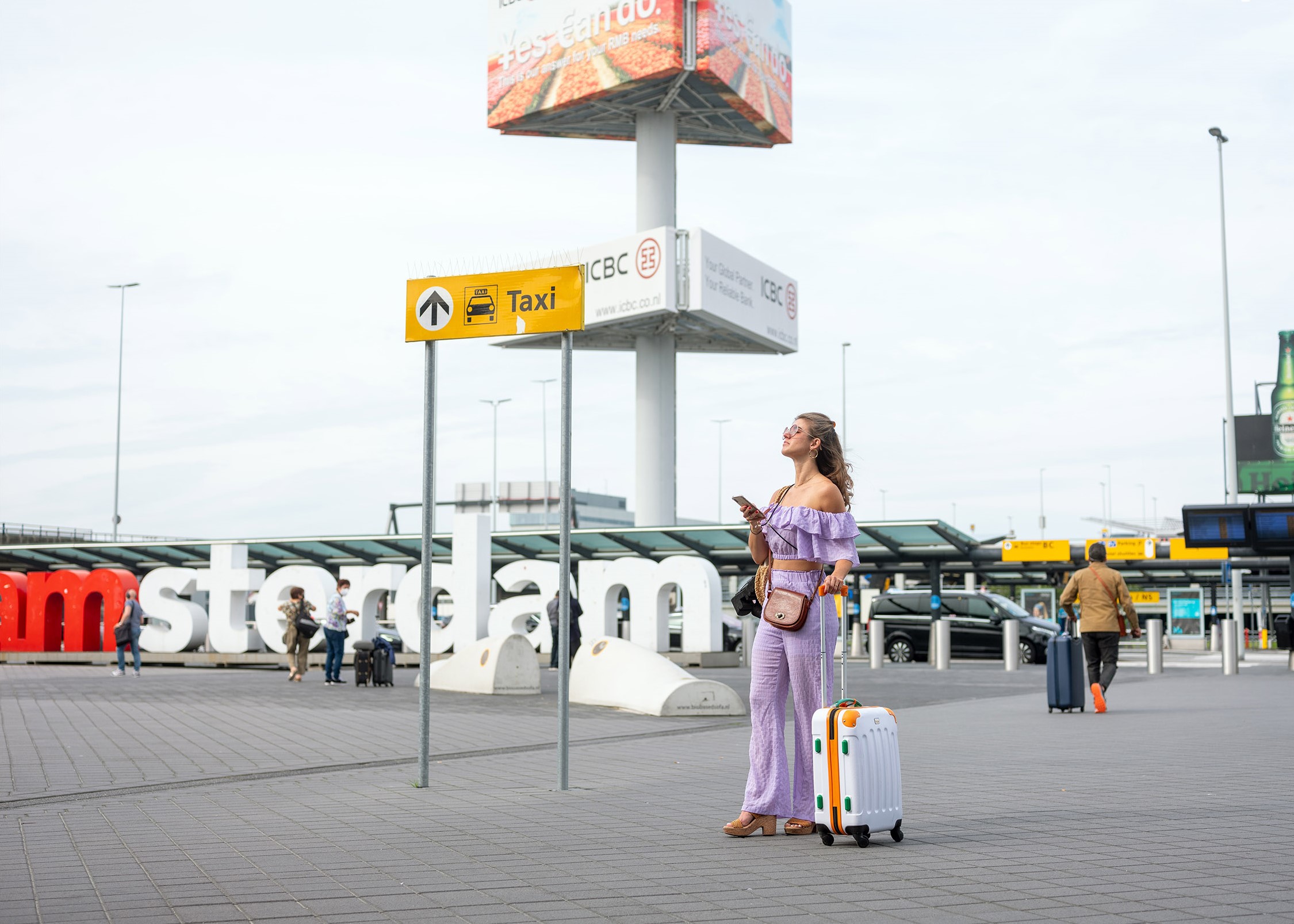 Slowing down: the biggest airport in the Netherlands, Schiphol, could have 20% fewer flights in 2023

The Dutch government is expected to cut the maximum number of flights allowed per year at Amsterdam Schiphol airport in a bid to reduce noise and air pollution.

The country’s busiest aviation hub will see a maximum limit of 440,000 flights per year according to the approved proposal aiming to cut 20% of the current annual flights. The changes could go into effect in November 2023.

The International Air Transport Association (IATA) expressed discontent at the announcement by the government of the Netherlands will cut the number of annual flights.

“This sudden decision is a shocking blow to aviation, jobs, and the economy of the Netherlands. It comes on top of a tripling of the passenger tax, and a 37% rise in airport charges. We are seeing a throttling of air connectivity which has been steadily built up for 100 years, and supported large parts of the Dutch economy and the aspirations of millions of Dutch travelers” – says Willie Walsh, Director General at IATA.

The government defends the proposal claiming that the cuts next year will reduce noise and deliver a significant reduction in nitrogen oxide emissions.

“Downsizing Schiphol will permanently destroy jobs that are only now recovering. Moreover, without the possibility to grow at Schiphol, businesses in the Netherlands will need to evaluate their future in an economy that will be moving from global gateway to regional center” – believes Walsh.

Schiphol has been recovering fast since the end of pandemic restrictions and has already set a maximum number of travellers per day this summer, capping the number of passengers that can depart from the airport every day as a result of a shortage of security staff. The maximum number of travellers that Schiphol can handle varies per day and goes up to 67,500 on the busiest days in July and up to 72,500 in August.

“We are taking this measure with an unbelievably heavy heart. Everyone at Schiphol and all our partners want nothing more than to welcome all travellers with open arms, especially after the impact coronavirus has had. A lot is possible at Schiphol this summer, but not everything. Setting a limit now means that the large majority of travellers will be able to travel from Schiphol in a safe and responsible way.” – says Dick Benschop, CEO at Schiphol Airport.

The airport has already had over 280,000 movements this year, putting it on track to reach its existing 500,000 movement limit.

Prior to the pandemic, aviation supported more than 300,000 jobs and €22 billion in GDP to the economy of the Netherlands. Key to this economic contribution was the connectivity driven by Schiphol’s global hub airport role. In 2019, Amsterdam was the third-best internationally connected city in Europe, behind only London and Paris. 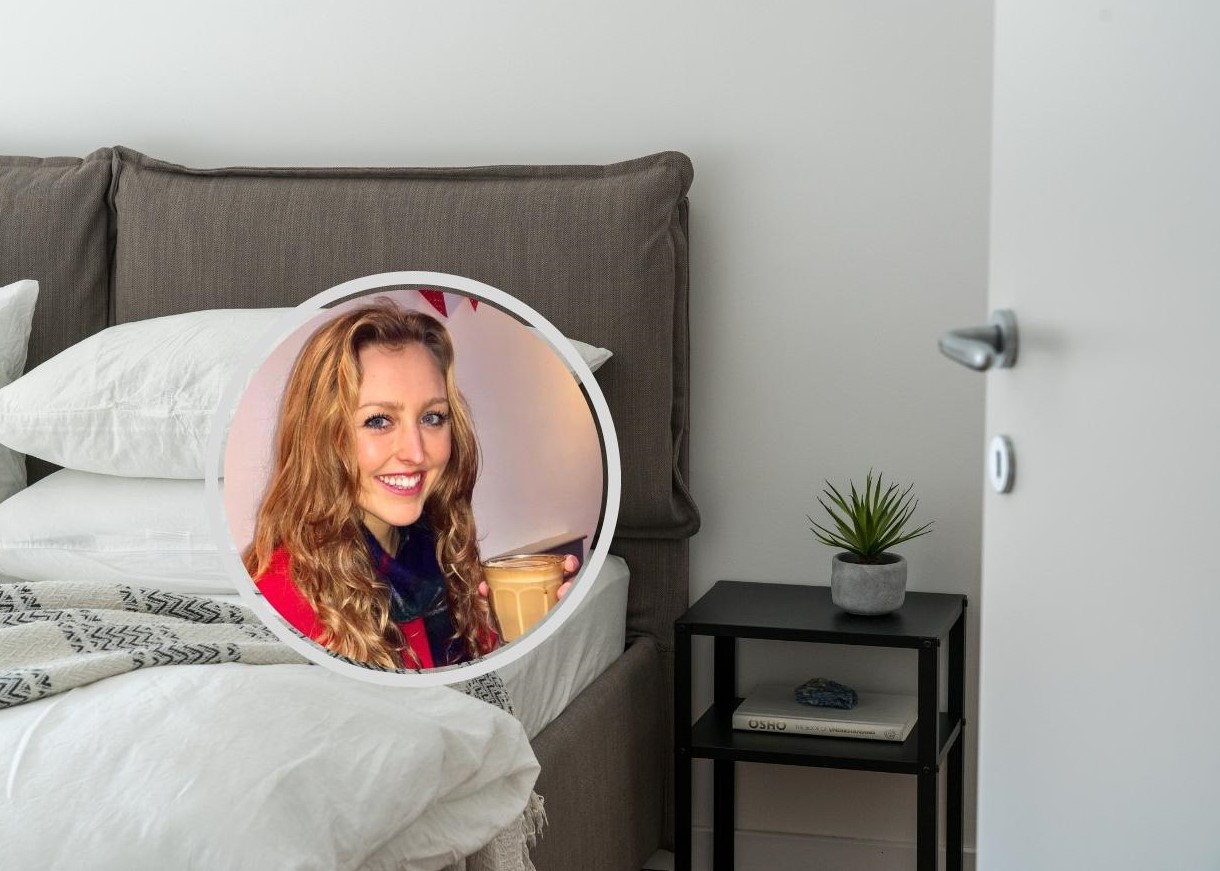 Waste: the average adult American has been estimated to throw away approximately 37kg of clothes every year

I was in my third and final year of graduate school and I only had a few weeks left. Before I started packing, I started to gather up all my belongings into piles and I realized one very important thing… I just had so much stuff. My drawers were filled with random junk that I had forgotten about, shirts and underwear I had not worn in months and, most importantly, little knick-knacks I thought I could not live without. All this stuff was making me feel overwhelmed, panicky, and stressed about where the heck I was going to put all of it when I moved away. I did not need any of it – I just felt an arbitrary sense of connection to them.

I was literally studying a MSc degree in Sustainability and Energy, and yet I had so many pointless belongings and so much waste! I felt like a hypocrite, so I decided to make a change. I read books and countless articles, and watched documentaries, on an up-and-coming movement called sustainable minimalism.

Then I got rid of the stuff – almost all of it. That random shirt I got from an event? Sold on Depop. The earrings I got as a gift, wore once and never again? Donated. The “going out” shoes I would never ever let see the light of day? Tossed in the bin.

Meet sustainable minimalism, also called ecominimalism – a movement that has taken the environmental community by storm. It is a lifestyle that embraces simplification and rejects consumerism to free up space for the more important things in life.

You know that urge you get when you see a new iPhone, a new pair of shoes, or a new car? It is that purchasing drive that makes you want it, need it, and be unsatisfied with what you have until you get it.

The average adult American has been estimated to throw away approximately 37kg of clothes every year and to spend over $1900 on garments over that same time period. The main driver of this is fast fashion. Ecominimalism is a way to remove yourself from this endless cycle of consumerism and marketing-induced desire, while also having the added bonus of minimizing your carbon footprint in the process.

Minimalism emerged in the late 1950s as an art movement but has since then grown to become much more than that. Now it is not purely aesthetic. There are numerous minimalist influencers on YouTube and social media that preach about the core values and ethics of minimalism. At its core, its values are:

Becoming a sustainable minimalist does not mean you need to create a capsule wardrobe or throw out all your possessions tomorrow. On the contrary, being a truly sustainable minimalist means wearing and using everything you own for as long as possible. Don’t throw out that iPhone just because you saw a new one came out. Don’t buy a new shampoo when you have a perfectly good one lying in your shower hamper. That shirt you don’t like? Transform it into a dish towel, or a blanket, or donate it to a friend or local charity shop. Zero-waste living is important, but we can take it a step further with minimalism to live with intentionality and love for our items.

If you want to simplify your life, reduce your stress, and help the planet, start slow. There are many methods to declutter your apartment, exercises to help you choose which items to keep and which ones to toss, and how-tos on what to purchase when you do need something, but the most important step is this: stop buying so much stuff you do not need and focus on you, your life, and your family and friends.

To learn more about sustainable minimalism or the minimalist movement itself, here are some helpful links: 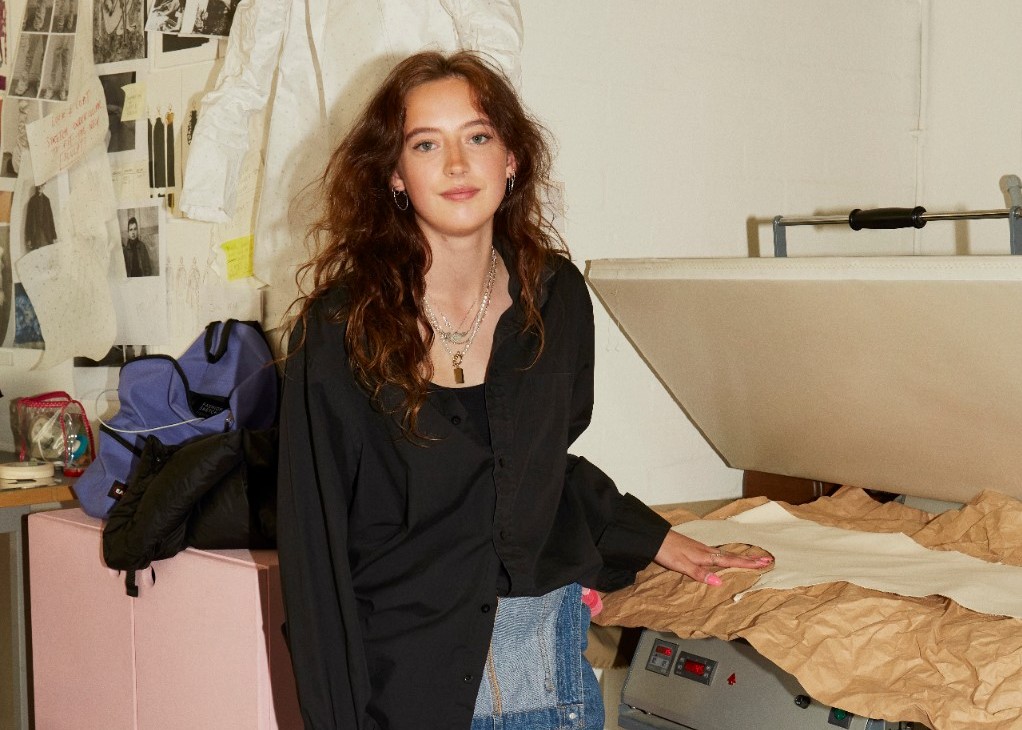 Georgia Bate, fashion student from Brighton: initiative allows us to cut down on the existing waste

Through its Institute of Positive Fashion and BFC Colleges Council, the BFC is helping Burberry’s donations – which include a variety of fabrics from past collections – reach the hands of young creatives and up-and-coming designers. Providing a blueprint for brands and colleges to work together to offer practical support for future talent, the initiative enables creativity in a way that is positive for the environment, education and the collections of future creatives.

Launched in 2020 with the BFC, the ReBurberry Fabric programme provides donations of leftover fabrics to fashion students, upcycling surplus fabric and saving it from going to waste

‘We are committed to supporting the next generation of exciting creatives while ensuring we all do what we can to protect the environment. We’re proud to be working with the British Fashion Council once more to help emerging diverse talent achieve their ambitions, while reinforcing the importance of sustainable practices and circularity. By equipping students with these materials and tools to help their creativity thrive, we can all create a better future for our industry.’, says Nicole Lovett, Responsibility Programme Director at Burberry

The partnership has continued with a second donation through the programme, taking the total amount of fabric donated to over 12,000 metres to more than 30 fashion schools and universities in the UK, including the Edinburgh College of Art and the University of Brighton.

‘For me, the most important aspect of the initiative would be that it allows students like myself to work with fabrics they wouldn’t have had access to before. As new designers, we want to be working with as many different types of fabrics as possible in our experiments and in the trialling stages. Along with being very wasteful, this process can be really limited and hard to do when keeping to a budget. This initiative allows students to cut down on the existing waste and provides us with more materials to work with, which I think is so important.’, acknowledges Georgia Bate, 1st Year B.A. (Hons) Fashion Design with Business Studies student at the University of Brighton (pictured above).

‘One of the BFC’s priorities is to encourage the industry to move towards a circular fashion economy while supporting excellence in fashion design. We are delighted to work with Burberry, helping ensure students across the country have access to the best quality fabrics. Creative talent is at the heart of the industry and we are proud of our world-leading colleges – being able to provide these students with such opportunities is a privilege.’, says Caroline Rush, Chief Executive at British Fashion Council.

Global contest to design a sustainable car is now open 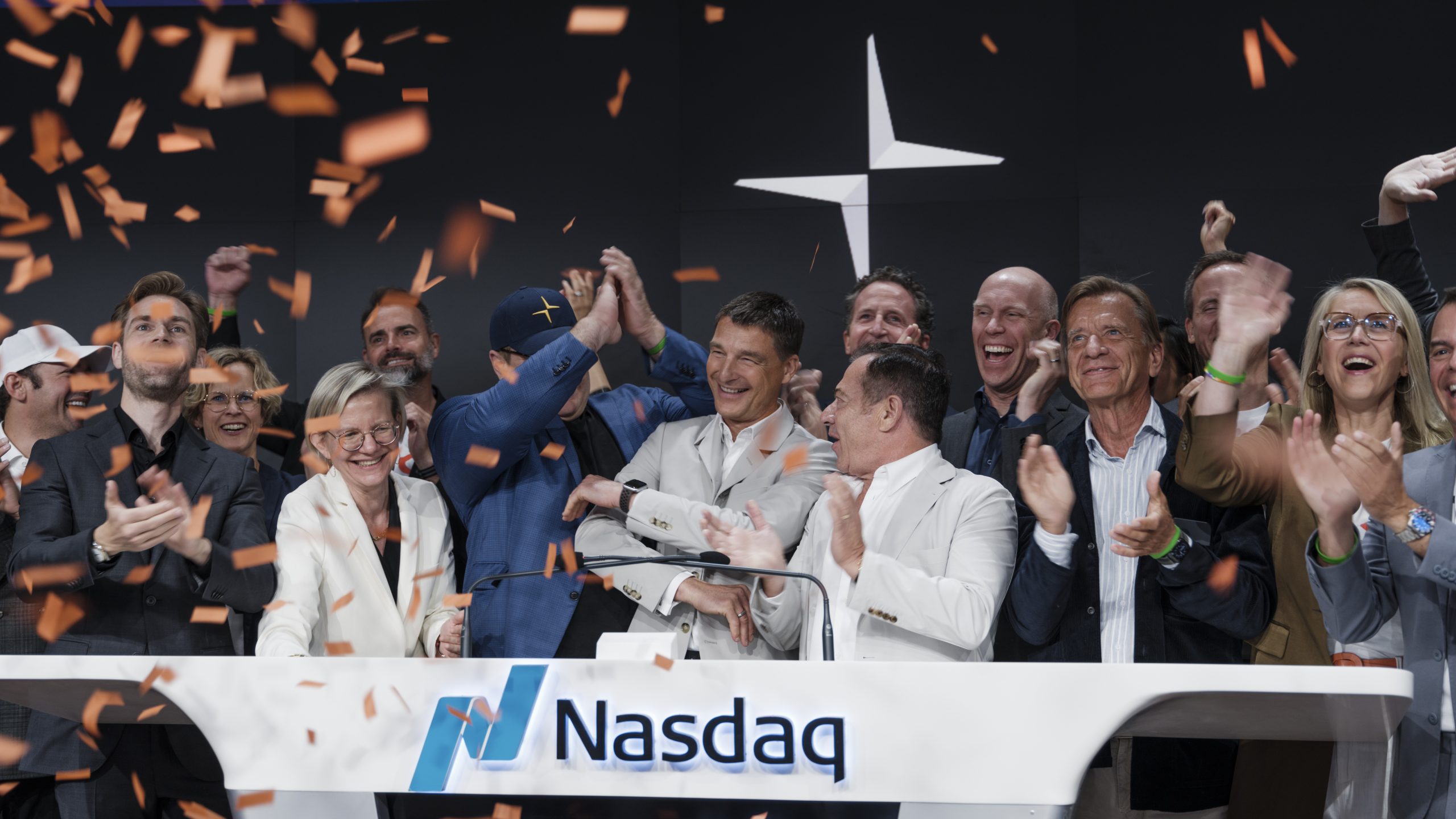 A design contest for aspiring designers, both professional and students, is now accepting entries.

Launched in 2020, the annual Polestar Design Contest, powered by the Swedish electric performance car, will award winners – one for interior and one for exterior design. Following the previous two themes of ‘Pure’ and ‘Progressive’, the 2022 Contest brief is to design a Polestar that is the antithesis of the classic idiom of high-consumption performance rooted in the 20th century. It must visually show a new form of ‘Performance’ and tell the advanced technical story that enables this in a sustainable way.

“For a design to be presented on the world stage in much the same way as one of Polestar’s own concept cars is a money-can’t-buy opportunity for any designer. We want to encourage, support, and celebrate innovative design, and the people who realise it. What better way to do that than to present a full-size model of their creation on the centre stage at one of the largest automotive shows in the world?” – says Maximilian Missoni, Head of Design at Polestar.

Since the start, the contest has featured a variety of vehicles and cutting edge concepts, and draws entries from students and professional designers across the globe. The ground-breaking designs have previously included a car which tackles local pollution with on-board and externally visible air filters, an electric-and-helium airship, prosthetic springboard blades for walking and a luxury yacht that exuded Polestar’s minimalistic design tonality.

This year, Polestar plans to produce the winning design as a full-size 1:1 scale model, expected to be showcased on the Polestar stand at Auto Shanghai in April 2023. Deadline for initial design submissions is 31st August and 10 professional and 10 student designers will be shortlisted after initial submissions of 2D design material.

More information on how to enter the Polestar Design Contest can be found here.