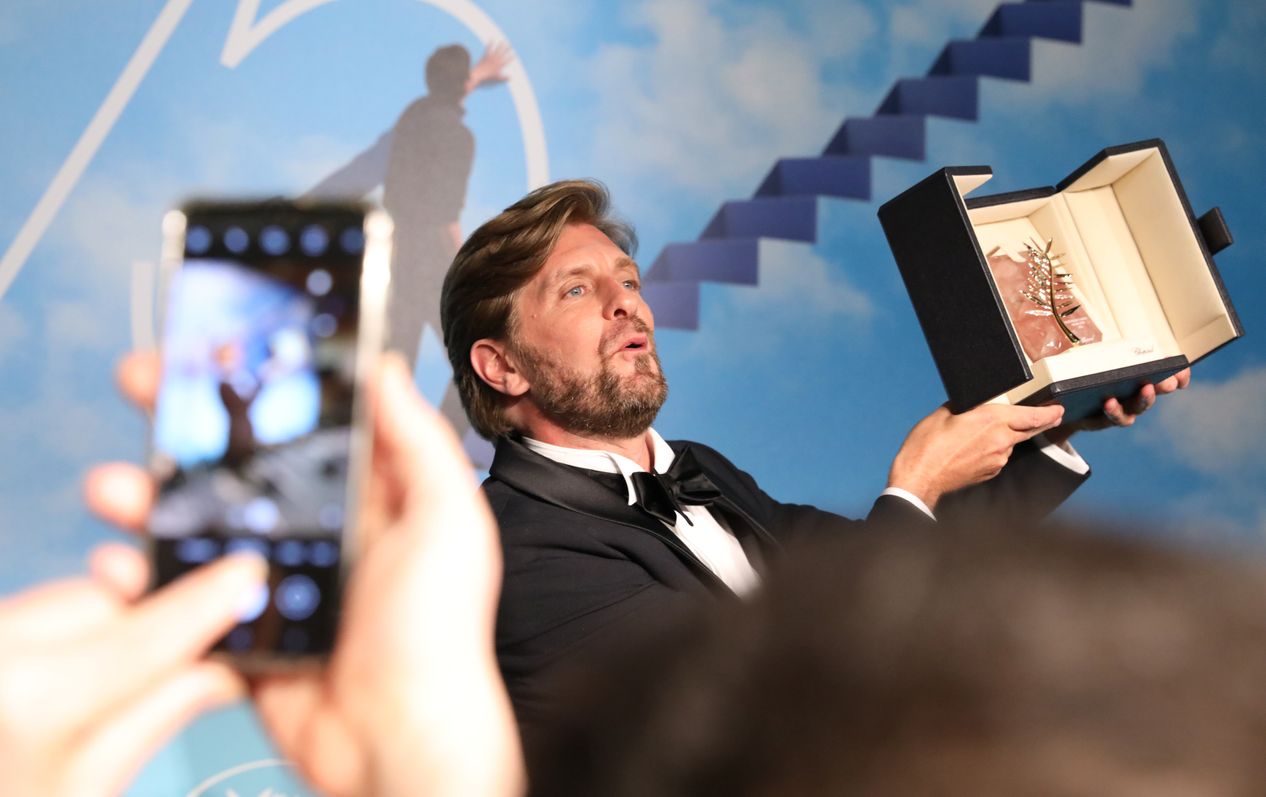 Five years ago, the director of “Force Majeure” (2014) triumphed at the Cannes Film Festival with “The Square”, starring Elisabeth Moss and Dominic West, which poked fun at the exclusive contemporary art world. Fast forward a few editions of the event, which returned after two years of turbulence caused by the global pandemic, Östlund aimed, once again, at those with more money than sense. Welcome to “Triangle Of Sadness”, a satirical comedy unceremoniously targeting the shallowness and obnoxious entitlement of the obscenely rich – and cleverly named after the term given to the frown lines between your eyebrows.

“When we started to make this film I think we had one goal – to really, really try to make an exciting film for the audience and bring thought-provoking content. We wanted to entertain them, we wanted them to ask themselves questions, we wanted them to after the screening go out and have something to talk about.” – says the 48-year-old filmmaker.

The two-and-a-half hour long film, starring Harris Dickinson, Charlbli Dean and Woody Harrelson, features the saga of eight people from a luxury cruise liner that end up stranded on a desert island and have to face unexpected events. Although lengthy for a comedy – and sometimes slipping into a sitcom mode – the warm reception of Ostlund’s film, when it was screened during the first week of the festival, was an indicator that it could become the winner of the coveted Palme d’Or this year.

“The first Palme d’Or can be an accident, but the second really means something.” – says Ruben Ostlund. “My first time In Competition, everything was new for me, and I didn’t take advantage of it. This time, I’m with friends, with the team, so I’m very happy. At the time I had the impression that auteur filmmaking had become boring. I had the idea of taking up the important themes of our time in a context that makes audiences want to watch the film. We bring the audience in to discuss important themes. The most important question is that of responsibility: how do we build a society together? – questions the film director.

There were 21 films in the competition this year for the 75th edition of the festival, including David Cronenberg’s “Crimes of the future” and James Gray’s “Armageddon Time”. The awards were selected by a nine-member jury headed by French actor Vincent Lindon and presented Saturday in a closing ceremony inside the Grand Lumière Theater, in Cannes.

“I’m very honoured to win this prize with this film. It’s a very important film for me. After Girl, I wanted to speak of the subject of a film with the same intensity. It talks about very personal things. I wanted to make these emotions universal. It’s always a very fragile moment, sharing something with the public when you have put everything inside it. I tried to remain faithful to myself while trying to challenge myself to do even better. There’s a great desire to make films. I hope that, in the future, my films will be just as warmly received.” – celebrated Dhont.

Here are all the winners of the Cannes Film Festival in 2022: 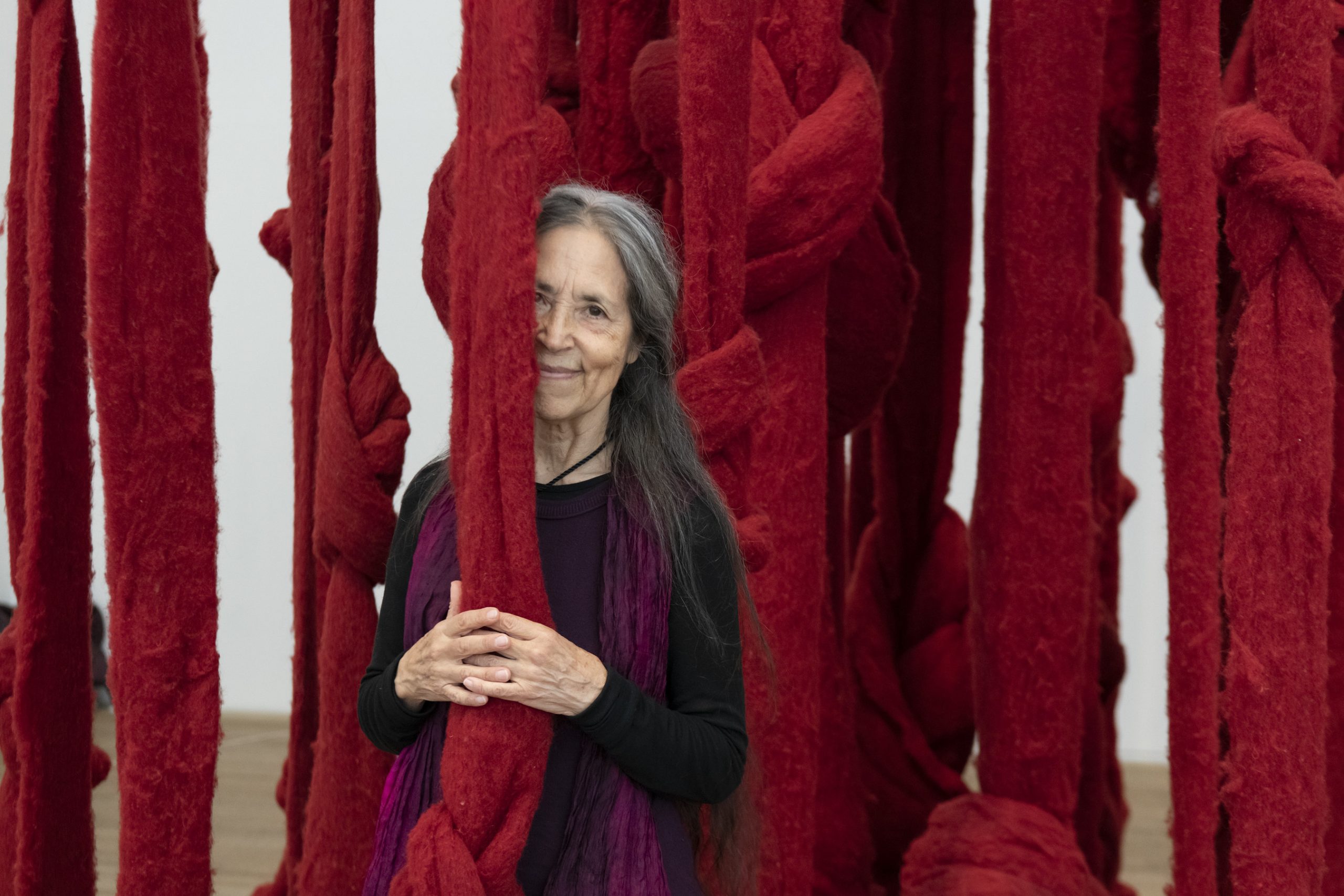 During the early 1970s, the artist went into exile after the violent military coup against former Chilean President Salvador Allende | Photo Lucy Dawkins

Chilean artist and poet Cecilia Vicuña has been announced as the next Hyundai Commission for Tate Modern‘s Turbine Hall.

The annual Hyundai Commission, currently in its seventh series, offers artists an opportunity to create new work for Tate Modern’s Turbine Hall, a space that has hosted some of the world’s most memorable and acclaimed works of contemporary art.

Vicuña is perhaps best known for her radical textile sculptures, combining natural materials and traditional crafts. A prolific multi-disciplinary artist, she explores the pressing concerns of ecology, community, and social justice. Born and raised in Santiago, Cecilia went into exile during the early 1970s after the violent military coup against former Chilean President Salvador Allende. This sense of impermanence, and a desire to preserve and pay tribute to the country’s indigenous history and culture have characterized her career, spanning half a century.

“Cecilia Vicuña’s work explores generations of memory and history from a wider perspective, attending to the world around us. We look forward to seeing how the seventh Hyundai Commission with Vicuña invites audiences to think about their role in a broader conversation about our present and future.” – says Thomas Schemera, Global Chief Marketing Officer and Head of Customer Experience Division at Hyundai Motor Company.

“Women must strive harder to act confident, even if we don’t feel it” Entrepreneur Riannon Palmer launched her business, a London-based communications agency, in May 2021. She wanted to create an alternative PR company that prioritises positivity, after experiencing the stress and long hours agencies demanded and wanting to create a happier work environment.

“Prior to the pandemic, starting a business wasn’t something I thought I could do as I hadn’t seen young women, or people, in general, starting their own business. I think there is a huge issue with a lack of representation being a barrier as people want to see people like themselves do things to know it’s possible” – reveals the 26 years old business owner who started from scratch and outreached to several companies to secure 15 clients and long-term retainers. Her team now has five employees working limited set hours with wellness practices implemented and encouraged. “I aim to show the industry this type of agency can thrive, to ensure the negative stereotype of agency life isn’t putting off the next generation of PR professionals. The majority of our clients are on the younger side, and I think for older people who are more traditional, being a young woman has been off-putting for some potential clients.”

“Lem-uhn is a communications agency for the modern age that works with brands that have a positive ethos and the power to make the world a better place. We help brands to grow and shape their public perception. As a company, we are creating a happier type of agency that embodies a healthier way of working by using efficient and modern practices. We believe work should be a place for people to come together in a positive environment and we place an emphasis on promoting positive mental wellbeing. This translates into high quality and reliable work for our clients because happy people can do their best work”.

The road getting here wasn’t so smooth and trouble-free for Riannon, though.

“When I started out in my career, I didn’t see many women in the top positions, and I think it’s really important to see a representation of people like yourself to know you can follow in their footsteps. And since launching, I think being a woman has led people to treat me slightly differently than if I was a man. Some family members also tried to discourage me as they thought I was doomed to fail” – says Palmer.

Although historically men have accounted for the majority when it comes to opening a new business, a recent government-commissioned review has found a record number of start-ups are being founded by women, with the growth of female ventures outstripping male-led companies for the first time.

The Rose Review’s 2022 Progress Report, led by NatWest chief executive Alison Rose, revealed there were 5,951 companies established by women in Scotland, which is twice the figure reported in 2018 – and across the UK, female founded businesses account for a record share of new firms, outstripping growth in male led firms for the first time, with more than 140,000 companies having been established by all-women teams.

Not all business areas, though, are likely to grow at the same pace.

“PR as a profession is female-led until you climb up the leader; men tend to have the leadership roles. In our case, the majority of employee applications have been women, and we have an all-female team currently. But we would like to be more representative and have a mixed team, moving forward” – says the entrepreneur that believes that the fact that public relations enterprises have more men on the top of the pyramid has to do with issues seen in all sectors, such as female professionals having to take maternity leave and struggling to find flexible solutions to fit in work alongside their family life.

“Women are also still expected to do the majority of the childcare, generally, which means sometimes their career can take a hit. Ideally, we’d live in a society with government-funded creches and equal responsibility for childcare between men and women. I’m currently reading ‘Invisible Women: Data Bias in a World Designed for Men’ which is very insightful for anyone looking to discover how society is currently built to favour men and that fundamental policy changes are needed if we want to live in a world where both genders can have the same opportunities” – defends Palmer.

“My key tip for a young entrepreneur starting a business in 2022, especially a woman, is to keep in mind that people will underestimate you. One way to counteract some of this is to be confident in your abilities. Studies have reported that women are less confident in themselves, especially in the workplace. This means we must strive harder to act confident even if we don’t feel it which, in time, can build confidence”. 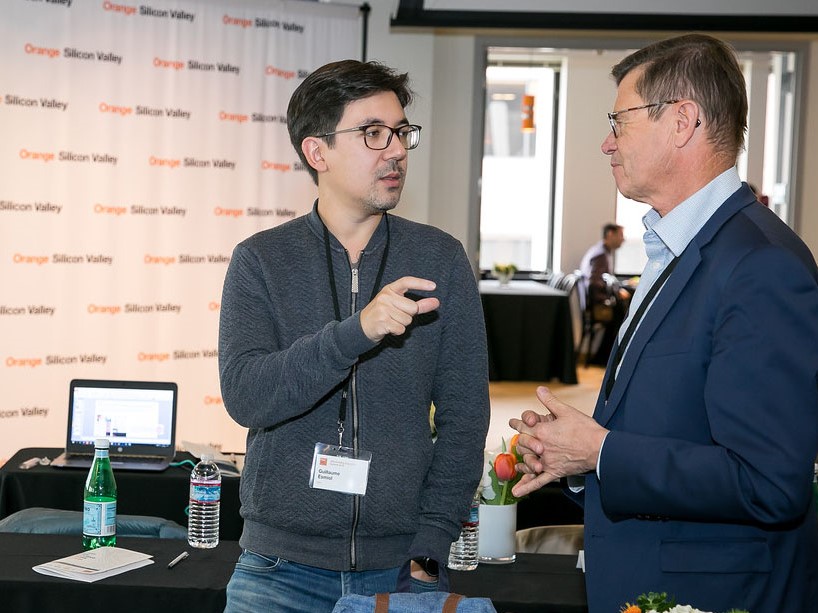 Cannes Film Festival’s Executive director Jérôme Paillard will step down of his role in December 2022 during Ventana Sur, the co-production market that the Festival co-organizes with the INCAA, each year in Buenos Aires.

After confirming his wish to retire in May 2022, following the confirmed 75th Festival de Cannes, Paillard advised Pierre Lescure, President of the Festival, and Thierry Frémaux, General Delegate, to name by his side, Guillaume Esmiol as co-Executive Director of the Marché du Film, allowing them to work in tandem before seeing Esmiol replace permanently Paillard next year.

Guillaume, who joined the Marché du Film as Deputy Director in charge of development in 2020, was formerly Innovation Director for TF1 Group and Marketing Director for the startup studio Wefound, an experience that allowed him to bring his expertise in Digital, Media, and Innovation to the annual festival taking place in the French Riviera since 1946.

The reshuffle won’t be the only one taking place at the festival in 2022.

Paolo Moretti, Cannes’ Directors Fortnight artistic director, is also set to step down after May’s edition of the event.  The section running alongside the Cannes Film Festival will be his third and last edition as a director of the program.

Italian-born, Moretti joined Directors’ Fortnight in 2019 from the Roche-sur-Yon Festival, where he had been artistic director since 2014, and was the first non-French national to head any Cannes section.

With professionals from the cinema industry, international stars, and up-and-coming actors expected to turn up at the red carpet in larger numbers than in 2021, when Covid-related restrictions delayed the event and saw reduced attendance, the 75th edition of the Cannes Film Festival will take place from May 17 to 28, 2022.