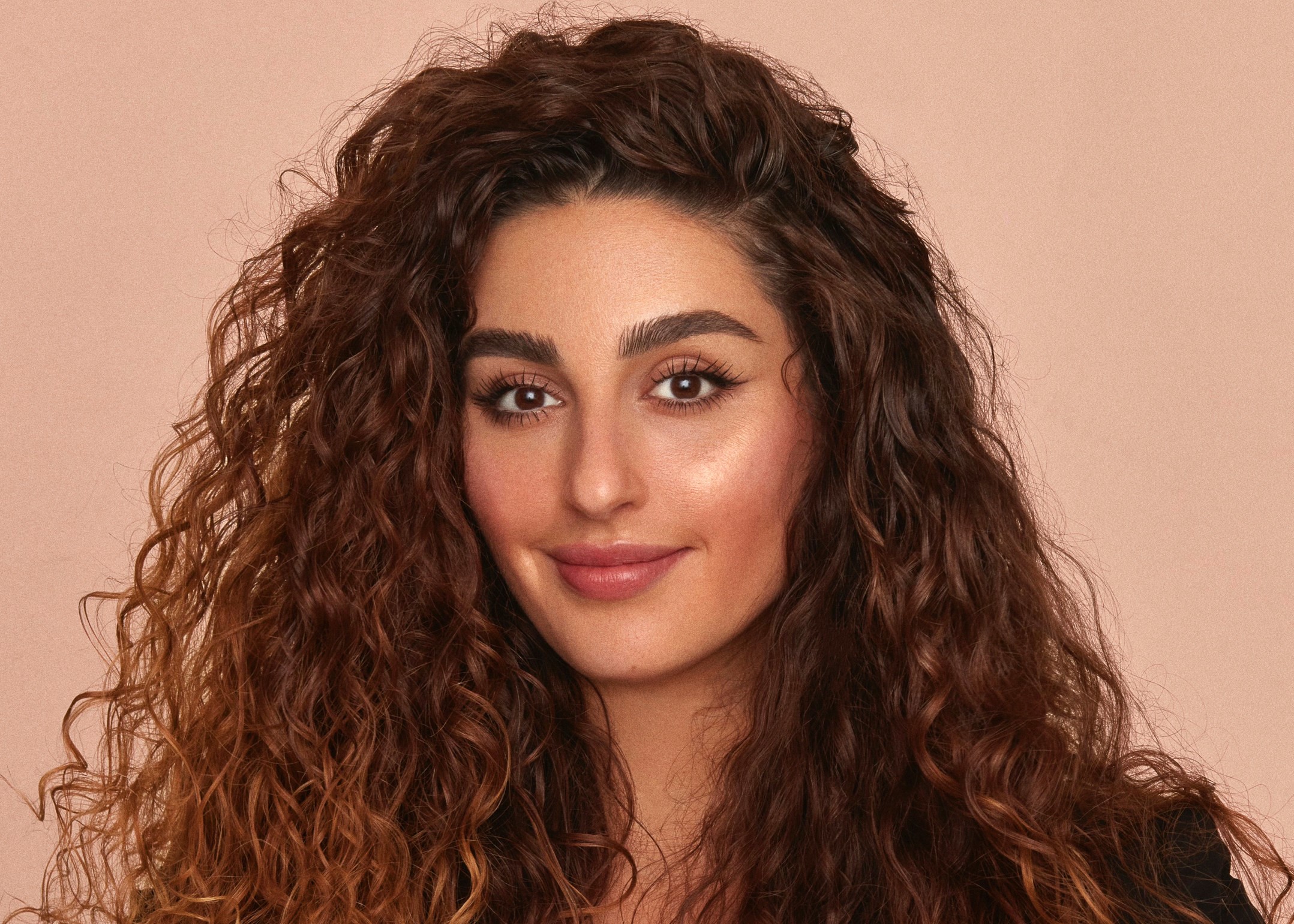 Nikki Wolff will consult on product development and innovation, as well as serving as a lead artist on KVD Beauty's branded campaigns

Serving as the Global Director of Artistry, Wolff joins a team which includes German hair and makeup artist, Christian Schild, the first Mexican hijab-wearing makeup artist to secure agency representation in the U.S.A, Sandra Saenz, and Los Angeles-based celebrity and fashion makeup artist, Anthony H. Nguyen. As part of her role, Wolff will consult on new product development and innovation as well as serving as a lead artist on KVD Beauty’s branded campaigns.

“KVD Beauty continues to amaze me with their innovation, providing high quality makeup that truly represents next-level artistry. I’ve always counted on the brand to deliver versatile products that aid me in editorial shoots, on red carpets, and across more scenarios. Being a great makeup artist is all about experimentation and practice, and KVD Beauty’s products give me creative freedom. I am honoured to be taking on the role of Global Director and I am excited for the team to work together on new product launches. Overall, I am excited to be a part of their legacy in the makeup industry.” – celebrates the makeup professional with over 1.7 million followers by following her Instagram account (@Nikki_Makeup).

Based in London, Wolff embarked on her makeup career training at the London College of Fashion. During her time there, she landed her first job as an apprentice with a fashion photographer doing makeup for editorials. Since then, Wolff’s work has been featured in magazines editorials such as VOGUE, ELLE, and Marie Claire. 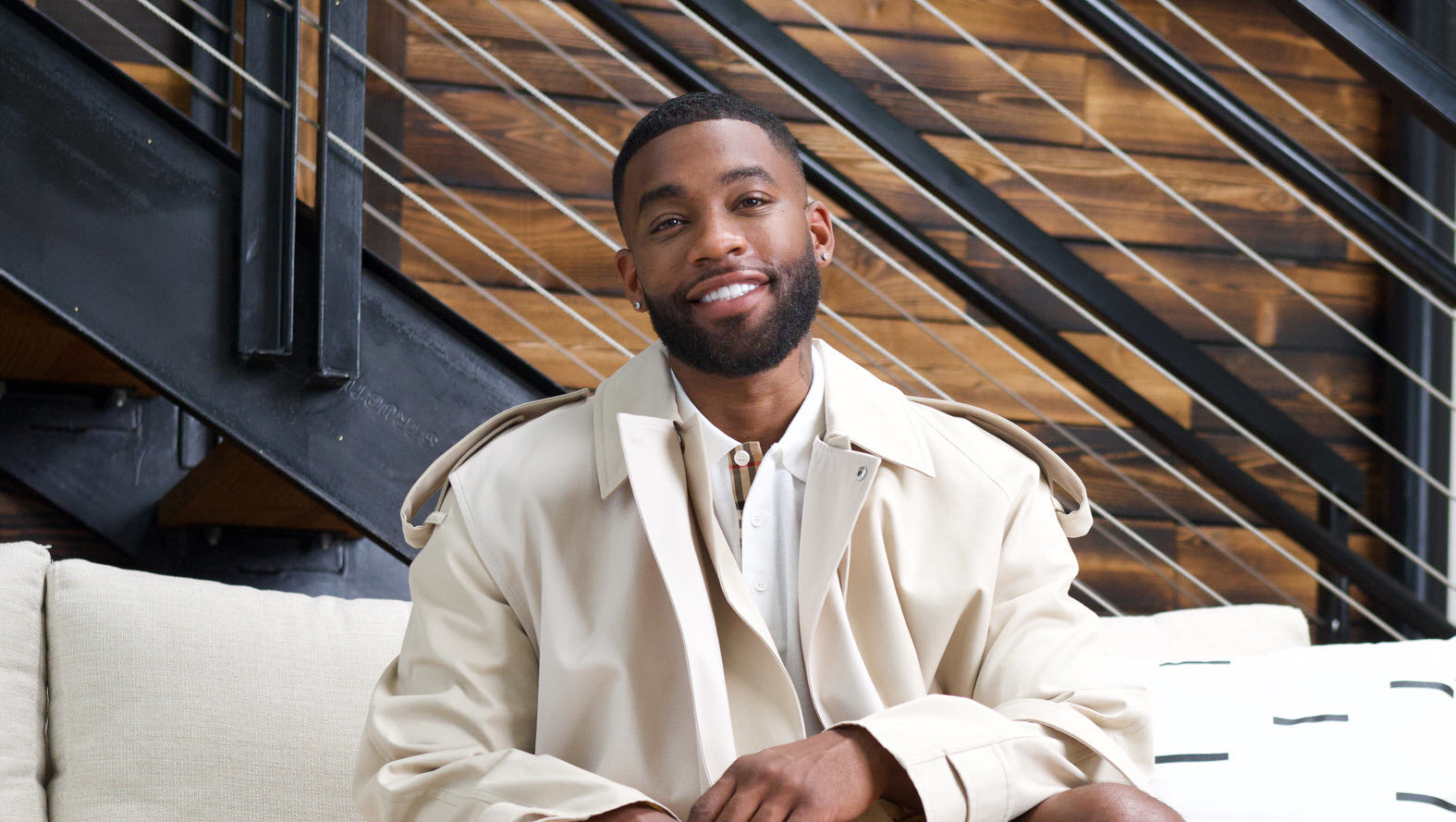 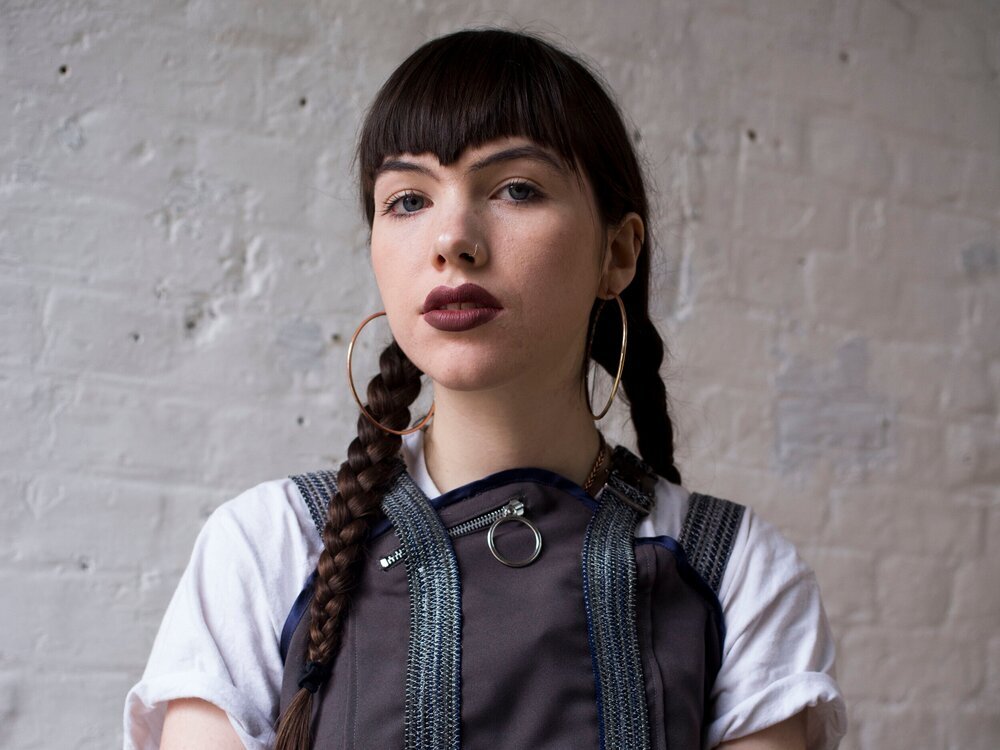 The London-based independent hip-hop artist Retropxssy gets her inspiration from the late 90s electronica and will be launching a new album later this month.

In an exclusive interview for Euronewsweek, we chat X Factor, music influences, vaccine passports, and making music during the pandemic.

How was the process of making an album, during such unusual times, and how long did it take to bring ‘Road Ahead’ to life?

I couldn’t write anything at the start of the pandemic. I felt stuck and cut loose simultaneously.

Then the album kind of poured out of me.

I love making music, but don’t make it all the time. I feel like sometimes I just have to wait for it to come.

The album is pretty much in chronological order of when I wrote each track. It narrates the arcs of my emotions from March- November 2020.

Who influenced your music style and how do you describe your unique style?

Always such a hard question! I’d call my music intense, genre bending, eclectic. I think that’s partly because I have loads of different influences with varied sounds. I guess I like eccentric people doing their own thing!

A big chunk of my influence is electronica from the late 90s: Goldfrapp, Portishead, and artists like Sevdaliza. People who use music as part of their world making.

Of course, I’m massively influenced by hip-hop too – Odd Future (especially Earl), Kendrick Lamar, A$AP Rocky – all those 2012 icons. Flying Lotus… too many to list.

Lily Allen and The Prodigy too!

Which track are you most proud of and why?

I love them all, they are my babies. ‘Part of Me’ is especially important to me. It’s a track which really charts a process of looking inward and doing a lot of self-work/healing. That track changes its significance for me each time I hear it.

The X Factor has been cancelled in the UK. Have you ever dreamed of going on a reality show or it would be more of a nightmare?

I think that shows like that are much more about profiting from and exploiting people.

There’s already too much of that in music (and the world). We must band together and oppose this, always!

Who have you been listening to recently?

Actually, a lot of psychedelica – Khruangbin! I’ve been busy and a bit stressed so it’s soothing.

I think vaccine passports are very controversial. They will definitely put some people off.

I feel this question is part of a wider conversation we need to be engaging with which includes questions of bodily autonomy, the role of the state, inequality, disability, and discrimination. These are definitely conversations we need to be having!

We also need to keep talking about, and finding ways to protect, live music in this strange world. It’s too important. So yeah, a big question that leads to many others!

On Wednesday 25th of August, Retropxssy will be hosting her album launch at 7pm at Low Profile House (Vale Road, N4 1PT), where alternative hip hop, punk, and UK garage will combine for her live music.

To listen to Retropxssy on Spotify, head here. 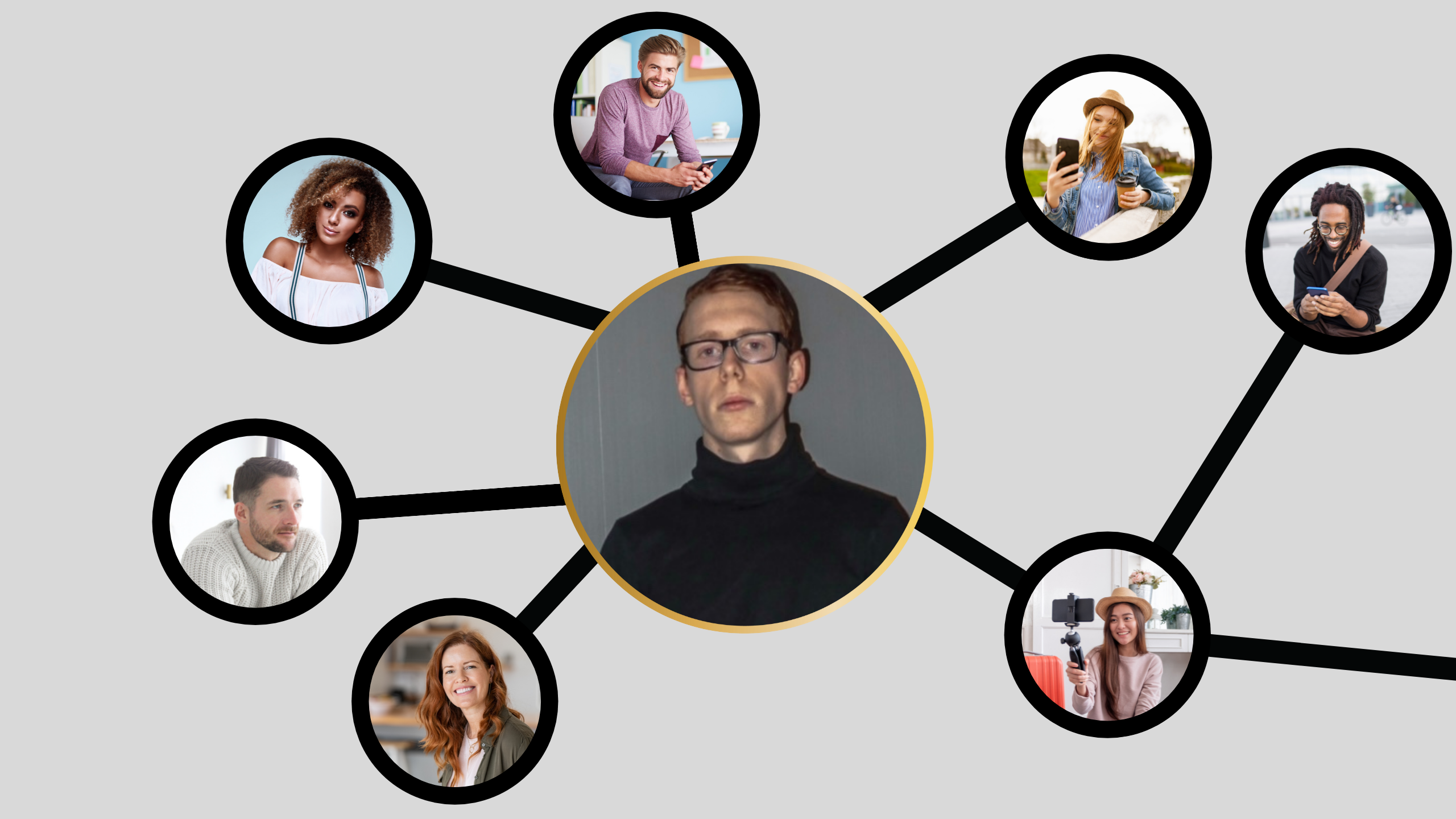 When, two years ago, Bradley van der Straten started a group on Whatsapp asking friends who regularly used Instagram to join him and comment on each other’s posts, he couldn’t have imagined what would happen a few months down the line: a global pandemic. From there, the 20-year-old from a province called Utrecht, in the Netherlands, turned this single group into over 200 pods gathering thousands of people around the world. He did all this while still being a student and working on a resort park during the holidays.

“Just a few months after launching my first group, Covid-19 began and, suddenly, I had to start asking people to help me manage the sheer amount of new people and groups joining us. The initial idea was to support each other, attempting to create a level of engagement that social media doesn’t give you easily. But, during the pandemic, it also became a place to meet new people because we couldn’t go anywhere.” – recalls Bradley.

Here, van der Straten talks to us about recruiting an online team to help as admins of groups formed by people, they will probably never meet in real life, avoiding social media burnout, and challenging the controversy surrounding gaming the engagement Instagram’s algorithm doesn’t let you have.

Which countries have the most active participants within your network groups and what are your participants looking for?

Most are from the Netherlands because that’s my country. The second most active country is the United Kingdom. It is very diverse, as we have accounts from 200 followers up to over a million.

Although there is no limit on the number of groups you can join, most people joining us end up participating, on average, in 8 different groups. They try to support each other by commenting on posts and sharing content. If we think a member is in too many groups, we avoid adding that person into other groups.

How many hours a day do you have to spend online to manage and reply to so many people?

It varies. When you have groups like ‘fashion’ you can easily invite several people daily. If you have a group in need of more active people, then you spend more time managing it. Nowadays, the groups are stable as members already know how it works. When, sometimes, a person sends you a DM asking, ‘Can I join another group?’ usually it is a yes because they are all organised by topics and running smoothly. But to answer your question about how many hours I spend managing groups and replying to people online, it is around 3 hours per day.

How do you manage so many groups at the same time and how do you avoid social media burnout?

We manage the groups as a team. In the beginning, with the network groups, it was a lot of checking to see if people were really supporting each other or not. Now that everything is more established, we don’t have many people messaging us. So, we have shifted the focus toward inviting new people and telling them how it works. If you don’t want social media burnout you have to allow yourself time away from Instagram.

I do this on Sundays. I switch off from social media to watch Netflix and do other things.

Are people engaging less, now, as lockdowns and Covid-19 restrictions are coming to an end?

Yes. I have noticed people are not posting photos on Instagram as actively as before. Those back to work can’t spend as much time on social media platforms as we all spent last year. However, if they’re on holiday, they seem to be as active as ever on Instagram.

Aren’t network groups a controversial tool to grow on social media as it plays with organic engagement?

It’s true that some people see it as a tool and misuse it. But we want genuine members, to be the ones leaving genuine comments under a post, not bots. When you make an effort to comment something meaningful on social media, people are likely to automatically retribute it. My opinion is that you have support groups and network groups. I have chosen network groups because it is an opportunity to meet and learn from a variety of people, some of them within the same niche as me or living in the same country.

What sort of content is doing well in 2021 for engagement?

Travel and fashion content, such as images and reels, will always do well on Instagram because it is a very visual platform. But, during the pandemic, we saw a big shift when people started toward people sharing more about themselves in a raw and authentic way – people started to be more open to the world about their personal life when they had to isolate from it. Moving forward, personal content, combined with travel, will remain relevant for engagement this year.