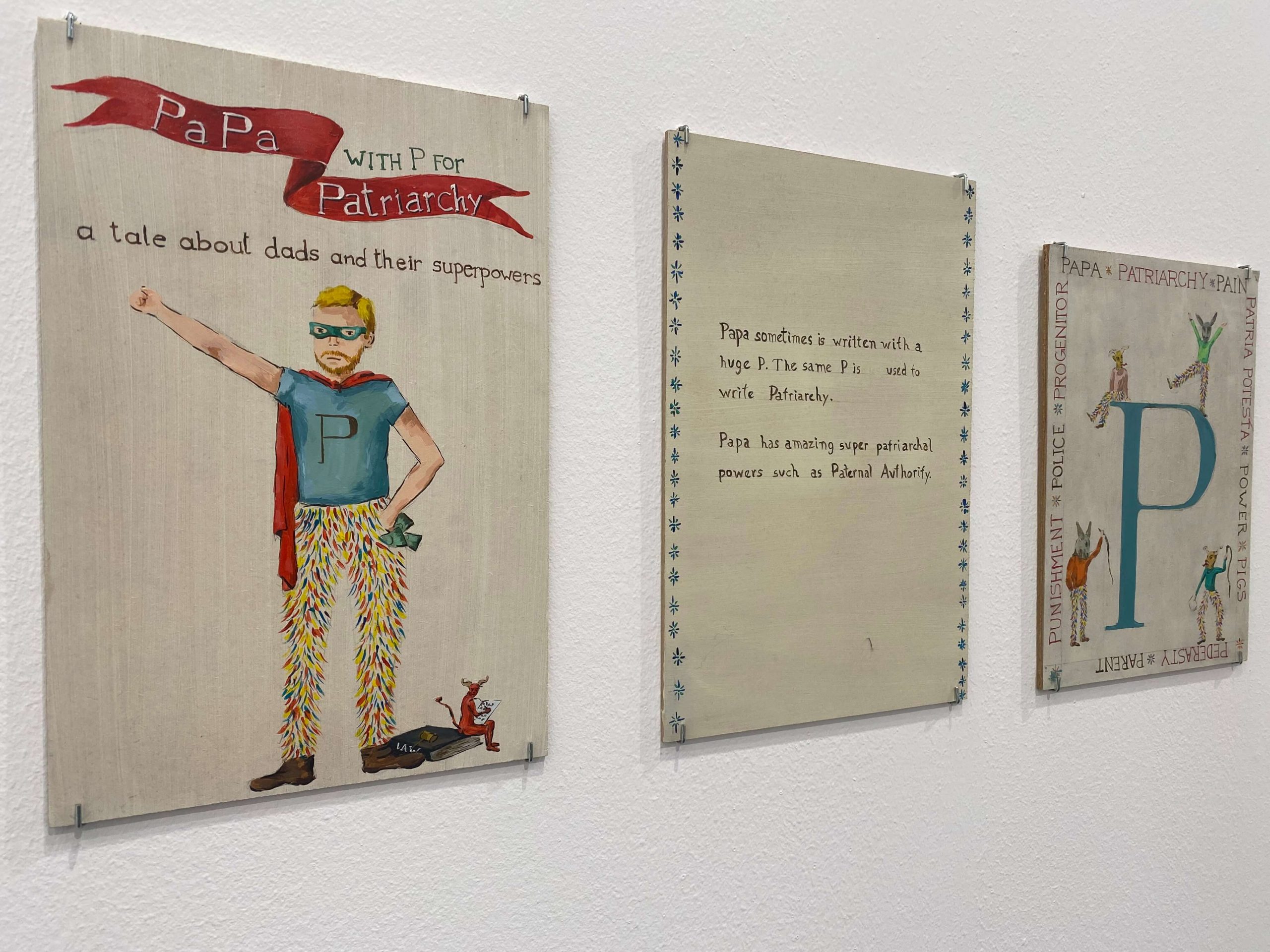 Daniela Ortiz won the illySustainArt Award with her work Papapatriarchy

Peruvian artist, Daniela Ortiz, won the 14th edition of the illySustainArt Award with her work Papapatriarchy. It is a representation of the father figure, based on her own personal experiences and those of many women and mothers. Ortiz, who is represented by Àngels Barcelona gallery, entered an exclusive work inspired by current social issues such as diversity, feminism, immigration, and racism. The art piece, presented at the fair, is composed of 19 acrylic paintings on wood, representing the role of parenthood.

An independent jury composed by Patrizia Sandretto Re Rebaudengo, founder of Sandretto Foundation, independent curator Agustín Pérez Rubio, and Carlo Bach, illycaffè‘s Art Director, awarded Daniela Ortiz the title of emerging artist and, moving forward, her work is set to be exhibited by 130 art galleries. The jury considered Ortiz’s work as part of the Spanish colonial heritage, using the tools of a conqueror to express a current issue through the aesthetics of contemporary art.

Since its foundation, the illySustainArt project has served as a meeting place and venue for cultural exchange among artists and curators coming mainly from Spain and South American coffee-producing countries. These countries are lands of creativity and reach out to the international contemporary art community. Conceived to explore new frontiers of creativity, the illy SustainArt Award recognizes the winning artist with a prize of 15.000€, without even purchasing the artwork.

The aim of the prize, which has become a benchmark among art operators, is to give visibility to young artists coming from coffee-producing countries from which illycaffè sources its raw materials.

Free screenings, by the beach, include films competing at the Cannes Film Festival 2021 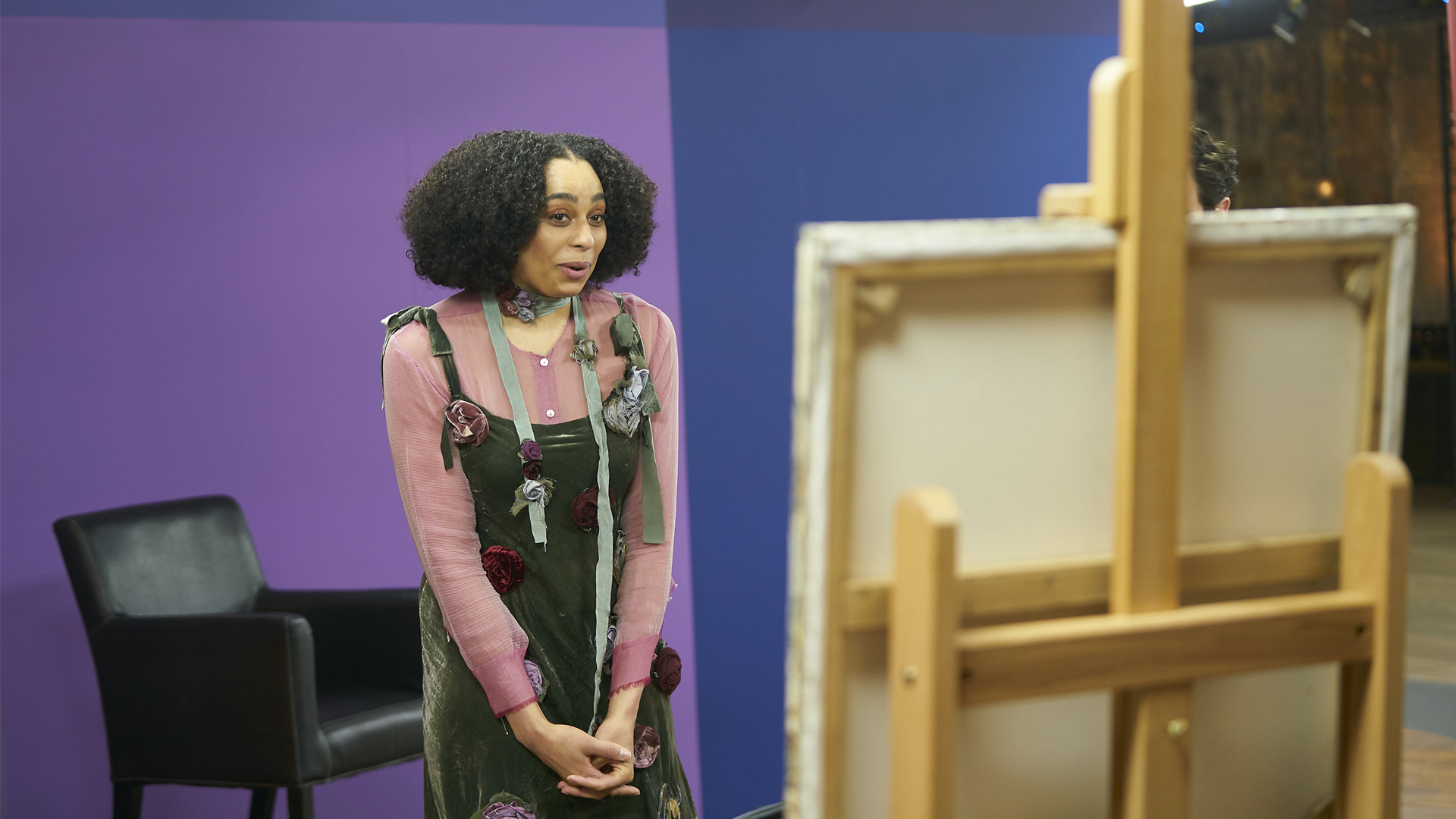 On Wednesday 13th October 2021, the Portrait Artist of the Year will return to Sky Arts and the streaming service NOW for its eighth series.

Back on our screens, with hosts Stephen Mangan and Joan Bakewell, the series will bring a brand-new batch of amateur and professional artists together as they battle it out to impress expert judges Tai Shan Schierenberg, Kathleen Soriano, and Kate Bryan.

Taking the famous subject’s chair this year are:

Nine artists compete in each of the eight heats, and each heat winner will go on to paint rock and roll legend and former Pink Floyd drummer, Nick Mason, in the semi-final. For our grand finale, three finalists will battle it out to take home the crown, painting the iconic Barry Humphries, best known for his on-stage and television alter ego, Dame Edna Everage. This season’s Portrait Artist of the Year winner will receive a £10,000 commission to paint the esteemed Scottish-Italian classical solo violinist, Nicola Benedetti, which will be exhibited at the Scottish National Portrait Gallery.

Over the years, Portrait Artist of the Year has unearthed, encouraged and nurtured some brilliant portrait artists – many of whom have gone on to successfully make a living from their art; and that’s something we are really proud of, as we welcome back a new intake of brilliant painters to turn our celebrity sitters into works of art. Watching paint dry has never been this exciting.” – says Philip Edgar-Jones, Director of Sky Arts.

Portrait Artist of the Year will air on Sky Arts, Freeview Channel 11, and streaming service NOW from Wednesday 13th October 2021. 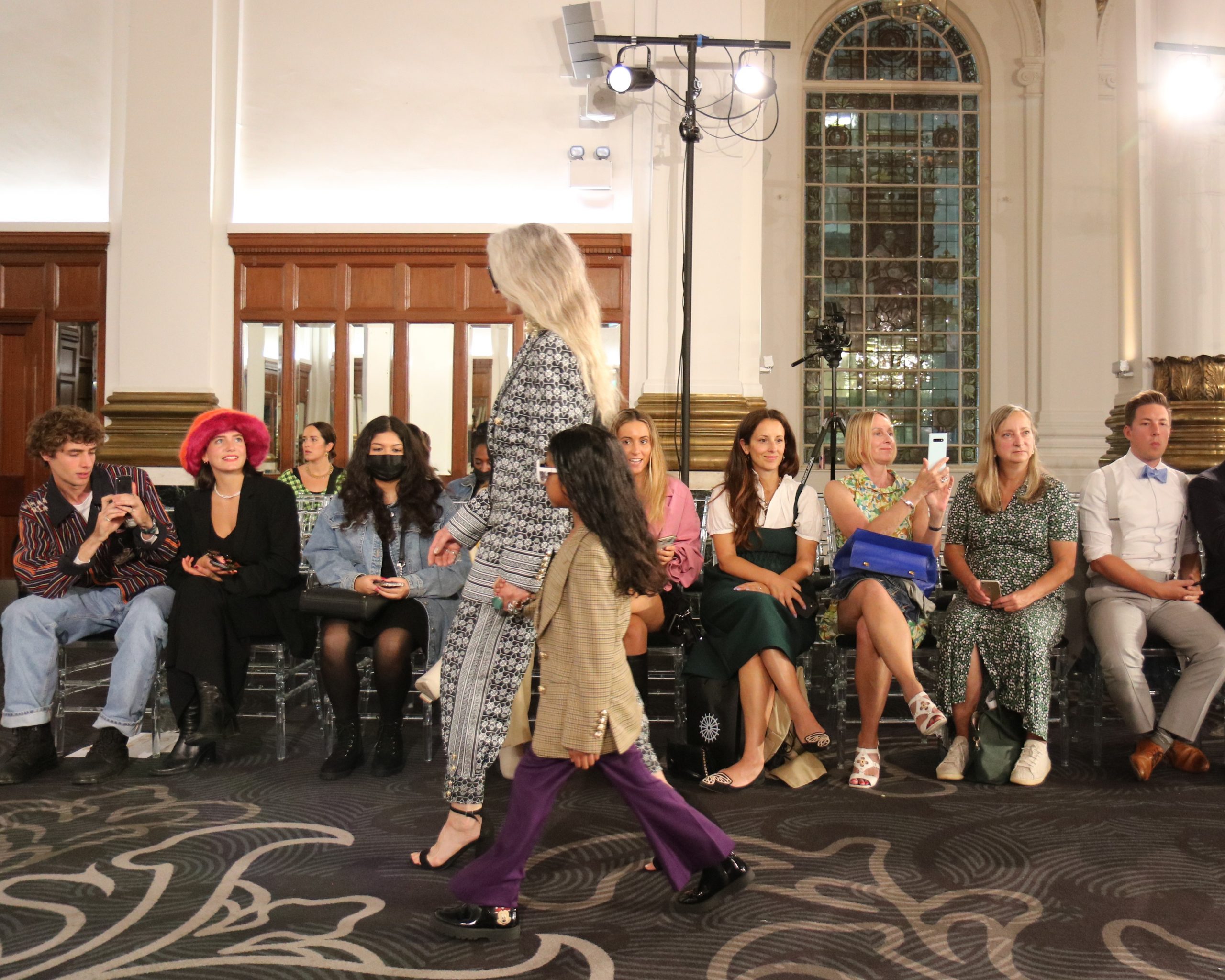 As models return to the catwalks and several party across the capital confirms that it is officially fashion time, in London, the fashion industry tries to get back on track after over a year of digital-only events. Data recently published by the Creative Industries Federation and Creative England, shows that the impact of the pandemic on the creative industries and crucially, what could be unlocked with the right investment. The report features newly commissioned data from Oxford Economics, which projects that, with the right investment, the creative industries sector could recover faster than the UK economy as a whole, growing by over 26% by 2025 and contributing £132.1 billion to the UK economy in GVA – over £28 billion more than in 2020, and more than the financial services, insurance and pension industries combined. Not only a major driver of economic growth, the data reveals that by 2025 the Creative Industries could create 300,000 new jobs, bouncing back from the impact of Covid-19 and surpassing pre-pandemic employment levels: generating enough new jobs to employ the working-age population of Hartlepool and Middlesbrough twice over.

This season, a hybrid London Fashion Week – one of the big four international fashion weeks alongside Paris, New York and Milan – is featuring a line-up of 79 physical events – including shows, appointments and presentations – and 82 digital productions.

Like many other British venues, across the country, at in-person events a proof of full vaccination or a recent antigen test is being requested from each attendee. And although facemasks are still mandatory for those working backstage, press, buyers and fashionistas rushing to see the Spring/Summer 2022 collections are allowed to skip the accessory.

The efforts to keep the show on the road can be justified in numbers: according to Fashion United, a global network for fashion news and business intelligence, currently around 555,000 people are employed in the fashion industry, textiles and fashion retail in the United Kingdom. According to market research firm Mintel, the UK womenswear market was worth 26.5 billion pounds ($36.49 billion) in 2020, down from 30.6 billion pounds the previous year. 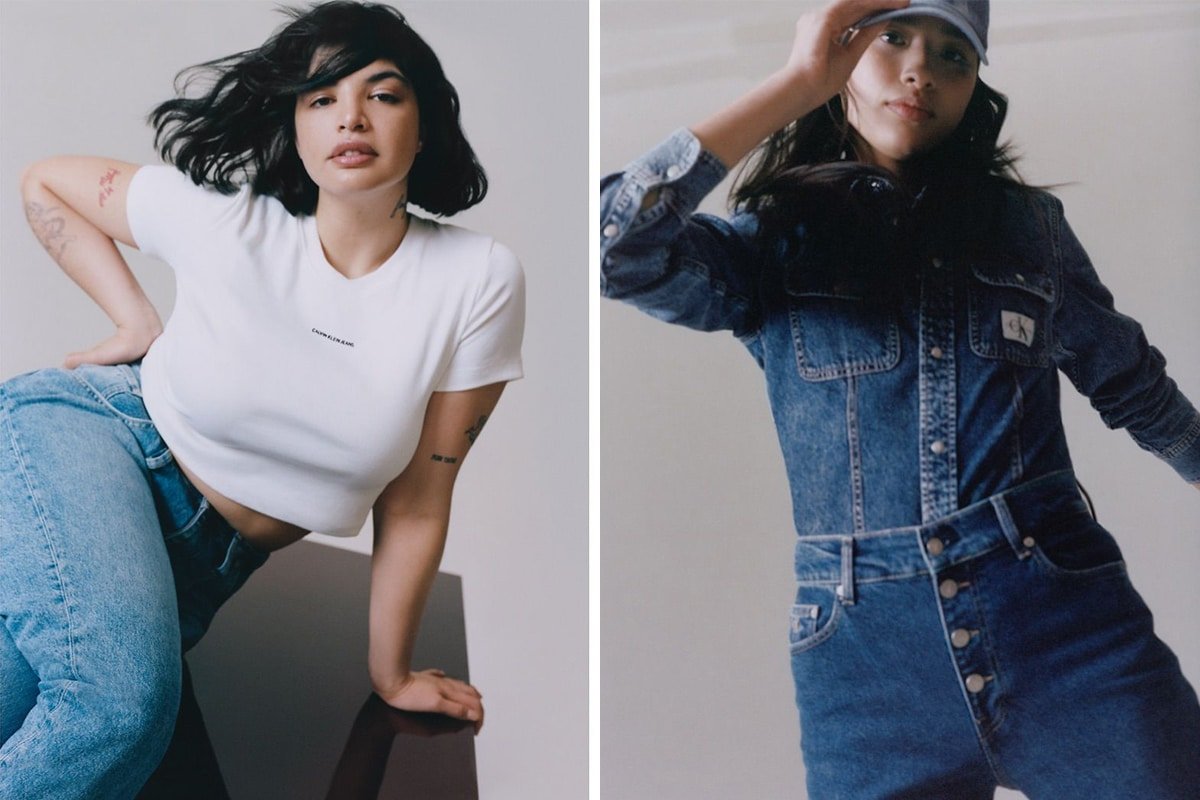 Calvin Klein has launched CKunfiltered Jeans, a six-part video series that answers Europe’s most Google-searched questions about jeans. Denim is core to Calvin Klein’s DNA and the videos aim to educate and empower audiences to confidently wear jeans.

The videos are hosted by Nell Kalonji, a London-based stylist and founding member of the Rubric Initiative. It is an organization dedicated to addressing the fashion industry’s barriers to entry and supporting a new generation of diverse talent. Kalonji expresses her unique style across six curated topics: summer jeans, mom jeans, boyfriend jeans, skinny jeans, coloured jeans, and below-the-knee jeans.

These themes were picked up after a consultation with Google’s creative think tank, Google Creative Works, which analysed the top searches for denim-related queries from across Europe.

“Jeans are the most universal item of clothing, but for many people it can feel overwhelming to find the perfect fit, fabric, wash or cut. It’s been an inspiring experience to understand people’s most pressing questions about jeans and be able to express my own style — honestly and authentically — through six essential denim looks.” – says Kalonji.

The narrative of the videos is simultaneously informal and informative, as Kalonji interacts with models as she confidently styles bespoke looks from Calvin Klein Jeans. The pieces celebrate ‘90s nostalgia with high-rise, boyfriend, baggy and skinny silhouettes. Vintage-inspired mom jeans feature a high waist and tapered leg, while dad jeans have a slouchy, oversized, comfortable appeal.

CKunfiltered: Jeans is the second edition of the CKunfiltered series, following the success of the CK Unfiltered: Bra Talk videos in fall 2020. The project further reflects Calvin Klein’s commitment to engage both new audiences and existing communities through creative content powered by consumer data and insights.