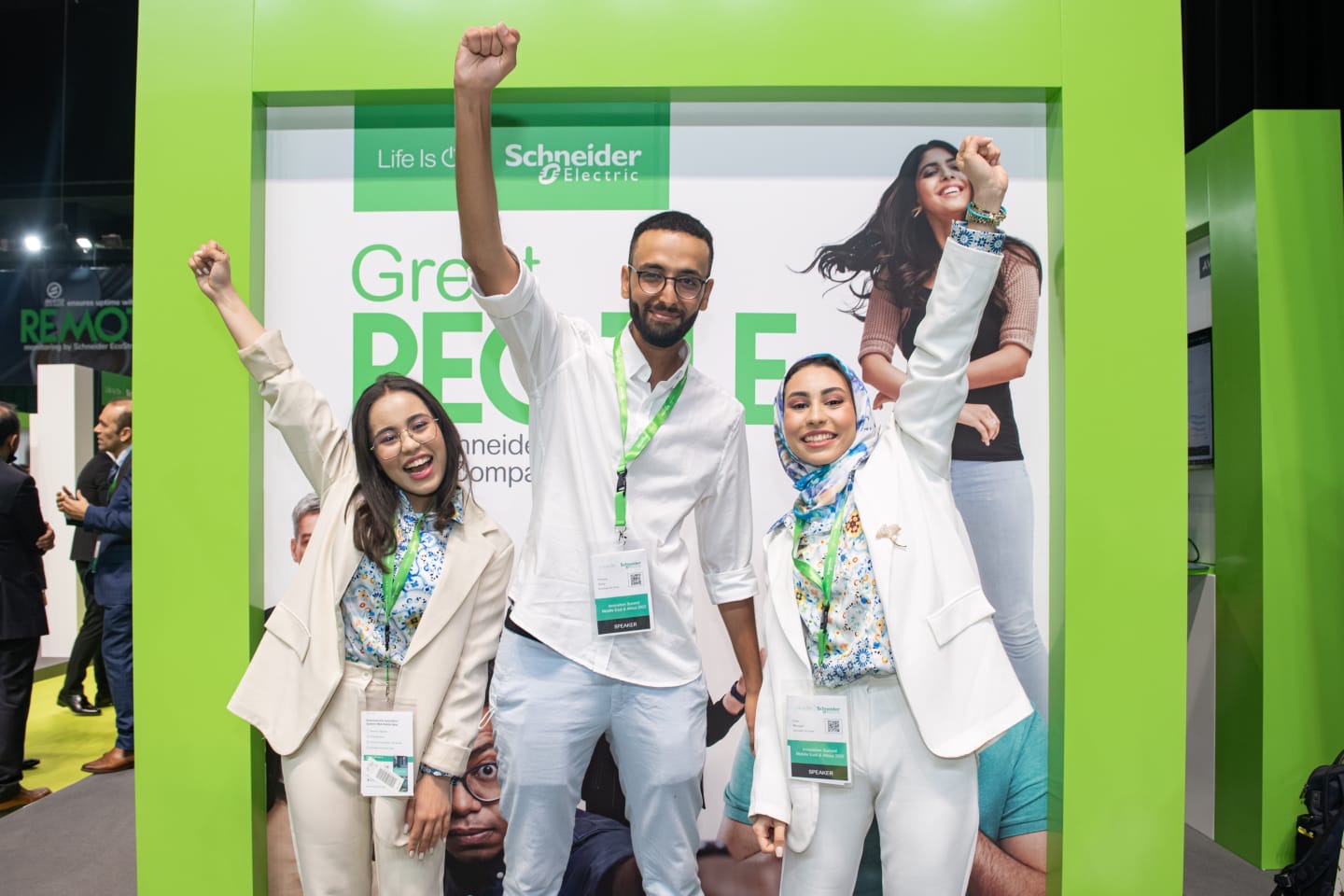 A group of students at ENSAM University of Casablanca and Mohammed VI Polytechnic University in Ben Guerir, will receive a 10,000 Euros cash prize after winning an annual competition that invites university students from around the globe to share their ideas for innovations that can help make the world cleaner, more inclusive, and more sustainable.

Schneider Go Green, an annual initiative powered by Schneider Electric, the leader in the digital transformation of energy management and automation, recognized their Innovative energy-saving solar greenhouse presented by that Team GreenOverMorrow as an alternative to reduce energy losses, save water, and cut carbon emissions.
The judging panel, made up of senior executives from Schneider Electric and AVEVA, was particularly impressed by the applicability of the winning solution and the passion shown by the winning team, last month, to have a positive impact on farming in their region.
“With so many challenges now facing the planet – both environmental and social – we all have to help create a positive impact,”, says Charise Le, Schneider Electric’s Chief Human Resources Officer. “Change doesn’t always have to be big-bang and top-down. In fact, innovations like these – targeted, grassroots and small-scale, but also bold and impactful – are an important part of the overall solution. It’s our responsibility to help them become a reality.”

First launched in 2011 by Schneider Electric, and now run in collaboration with the industrial software company AVEVA, Schneider Go Green has expanded rapidly over the past decade. In 2022 alone, more than 22,200 students from 200 countries registered for the event.

For more details about the competition, including how to pre-register for the 2023 event, go to gogreen.se.com.

Related Topics:
Up Next 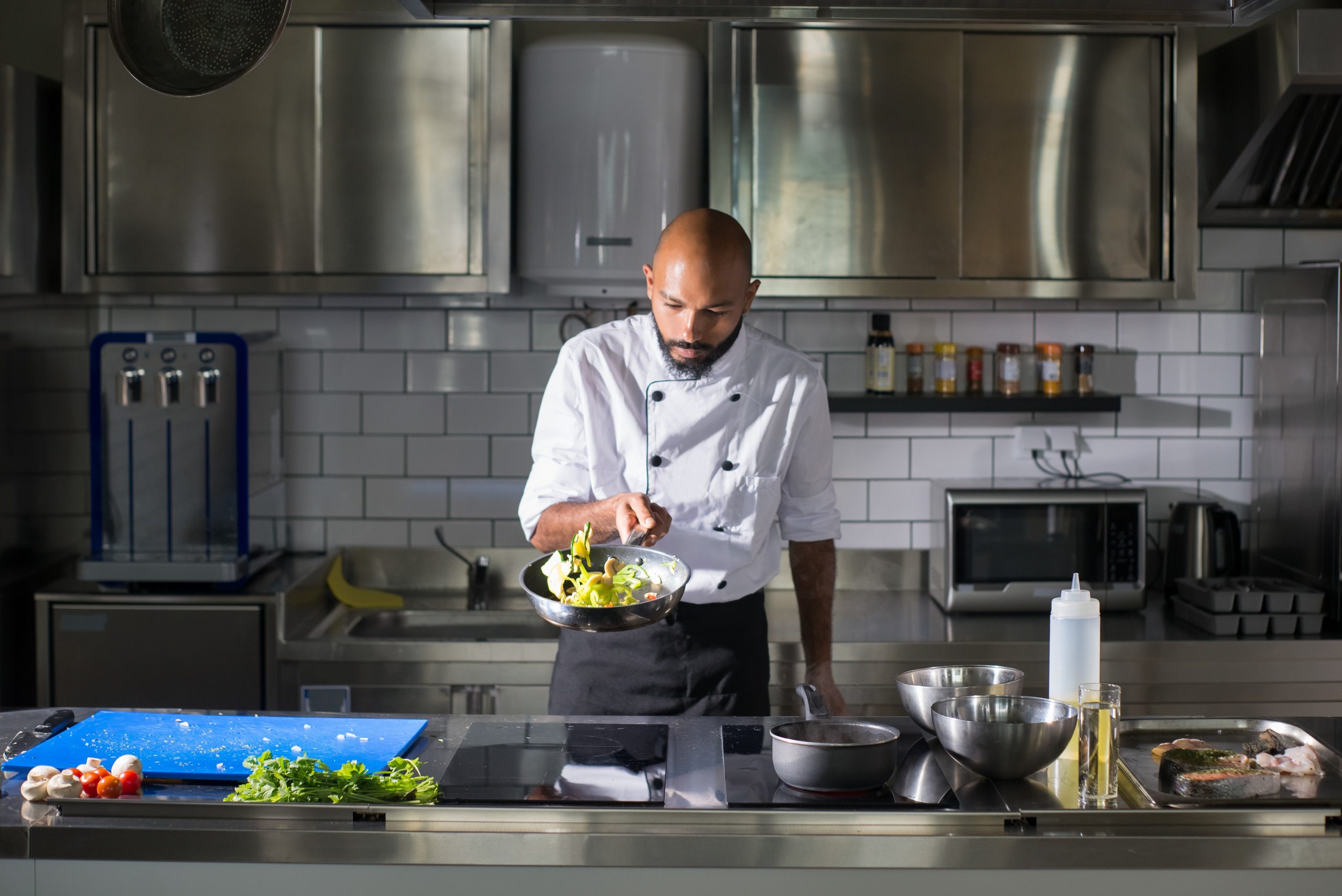 Ben’s Original has launched a new scholarship program in the UK aimed to help support access to skills building and mentorship for Black hospitality workers so they can further their careers in the food industry, including becoming professional chefs or running their own food businesses.

The Seat at the Table Fund, which was first established in the U.S. in 2020, is a partnership with Be Inclusive Hospitality and the program will offer 15 funded places on selected courses offered by Leiths School of Food and Wine, one of the UK’s leading cookery schools, founded in 1975. Courses range from shorter specialized courses that run over a couple of days – Food Styling and Knife Skills – to longer accredited professional courses which run over a 10-week period – Chef’s Skills, Plant Based Essential Cooking and Nutrition in Culinary Practice. Successful candidates will also be offered three hours of mentorship over the course of three months via Be Inclusive Hospitality’s proven scheme to provide support, knowledge sharing and personal development.

“Everyone deserves equal access to opportunities so we can all develop, progress and succeed in a career we love. However, sadly there are still barriers that exist within society that mean this isn’t always the case for everyone. Within the UK hospitality industry, data shows that Black workers are underrepresented particularly in the highest paid roles and through our fund we hope to create more equitable opportunities to help change that”, says Dave Dusangh, Regional President Mars Food Europe, owner of Ben’s Original brand which is investing £50,000 in this first year of the program.

This program is open to applicants who identify as Black working in operational roles in UK hospitality (those involved in the day-to-day running of the operation such as Chefs, front of house, or kitchen staff) who are looking to further their careers in the food industry.

Applicants will need to have two years of experience working in hospitality and as part of the application process will be asked how this opportunity will help them to further their career ambition.

Applications will close on 30 September 2022, with classes taking place through to the end of the year and into early 2023. To find out more, and to apply, visit www.bensoriginal.co.uk/seatatthetablefund. 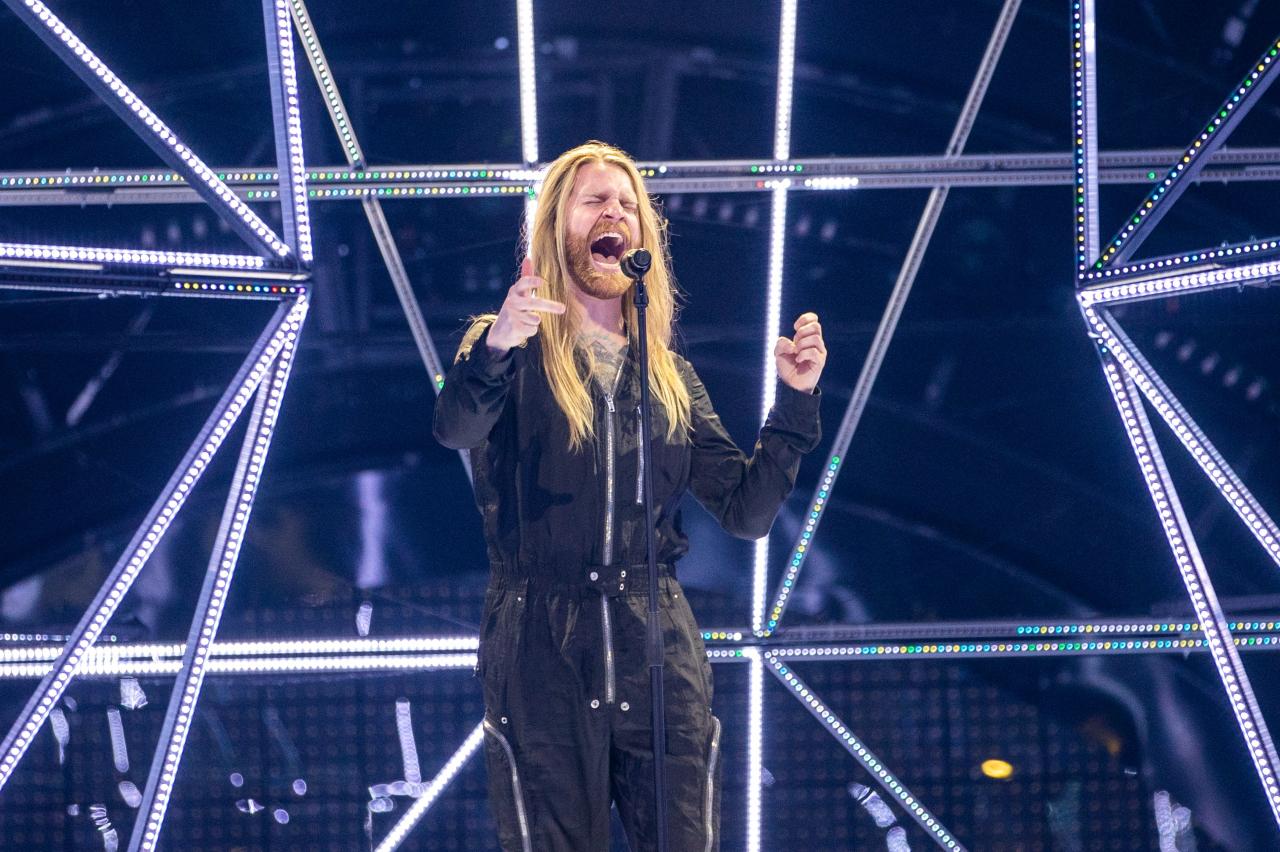 It has been 24 years since the UK hosted the Eurovision Song Contest, but the wait is over. Earlier today it has been confirmed that 2023 will be the 9th time the event has taken place in the United Kingdom, with the BBC doing so on behalf of Ukraine after their victory in Turin earlier this year.

The decision has been made following the exploration of hosting the Contest in Ukraine – and with organizers concluding that, for safety and security reasons, it will be better to have the event taking place elsewhere. The British Broadcast Corporation was then invited to act as Host Broadcaster for the 67th Eurovision Song Contest.

‘The BBC has taken on hosting duties for other winning countries on four previous occasions. Continuing in this tradition of solidarity, we know that next year’s Contest will showcase the creativity and skill of one of Europe’s most experienced public broadcasters whilst ensuring this year’s winners, Ukraine, are celebrated and represented throughout the event.’ – anticipates Martin Österdahl, Executive Supervisor at the Eurovision Song Contest.

The United Kingdom made its debut in the Eurovision Song Contest back in 1957 and two years later, in 1959, husband and wife duo Pearl Carr & Teddy Johnson, representing the country with ‘Sing, Little Birdie’, would be the first of 16 second place finishes – a record tally of silver medals added to by singer Sam Ryder in Turin earlier this year.

Next year’s Host City will be chosen in the coming months following a bidding process to be launched later this week. 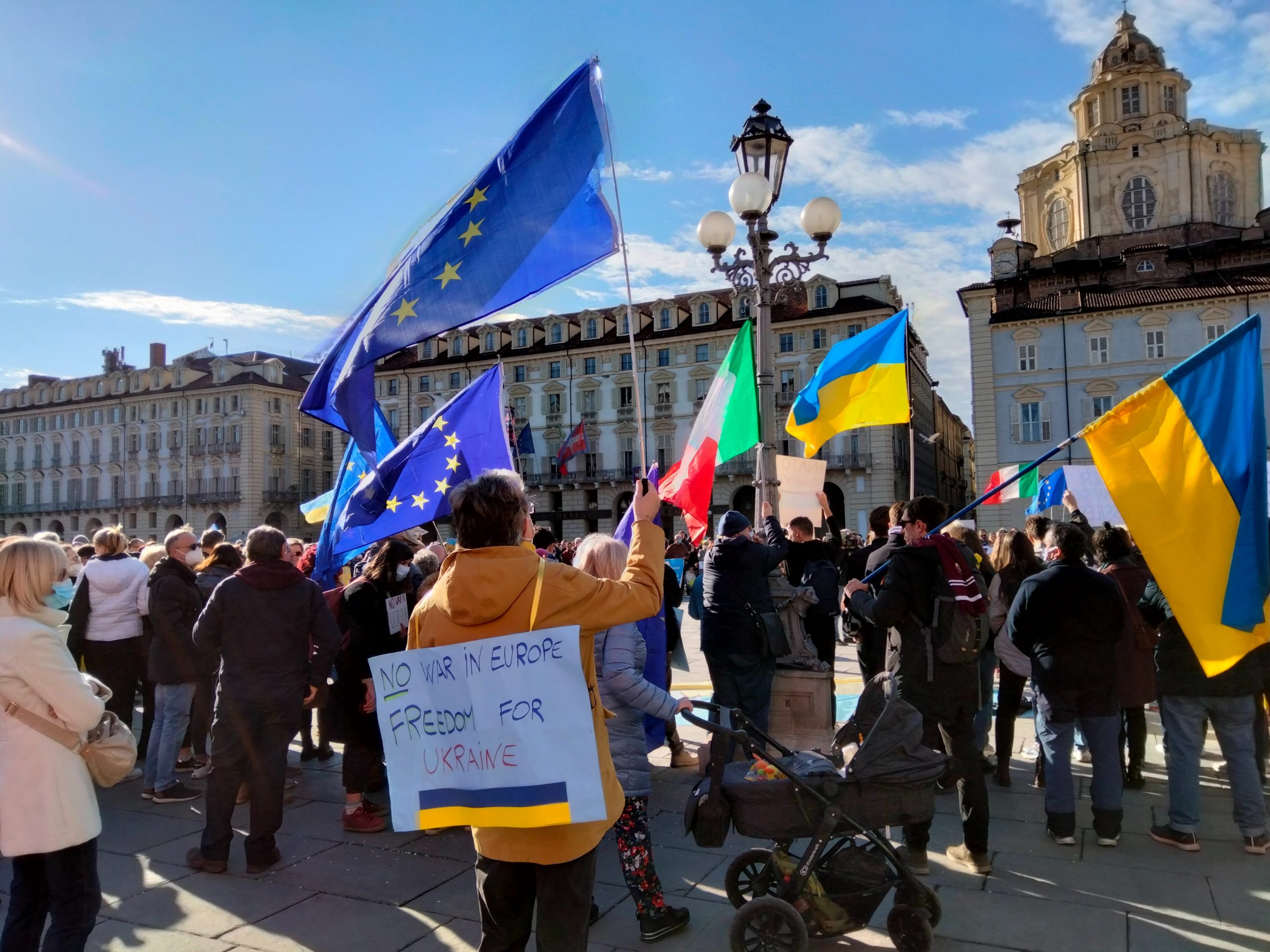 Joining the bloc: leaders of the EU countries approved the move to give Ukraine candidate status at a special summit in Brussels this week. Photo: Antoine De La Croix

Earlier this month the European Commission has found that Ukraine overall is well advanced in reaching the stability of institutions guaranteeing democracy, the rule of law, human rights, and respect for and protection of minorities and recommended the country to be granted candidate status on the understanding that steps are taken in a number of areas.

Also recently, the commission also revealed that Moldova has a solid foundation in place to reach the stability of institutions guaranteeing democracy and recommended the country be given the perspective to become a member of the European Union based on a series of criteria, including political and economic criteria, as well as the ability of the country to assume the obligations of EU members.

This week both countries have been awarded candidate status.

The European Commission has presented its opinions on the application for EU membership submitted by Ukraine and the Republic of Moldova, sharing its assessment in light of the three sets of criteria to join the EU agreed by the European

Ukraine applied days after the Russian invasion in February, and the process moved at a record speed. However, candidate status is the first official step towards EU membership and it can still take several years for a country granted candidate status to effectively join the European Union – and at the current stage, there’s no guarantee of success.

North Macedonia and Albania are examples of how the process is a long one. Both countries were given candidate status in 2005 and 2014, respectively.  They are still waiting for the opportunity to become members of the European Union.